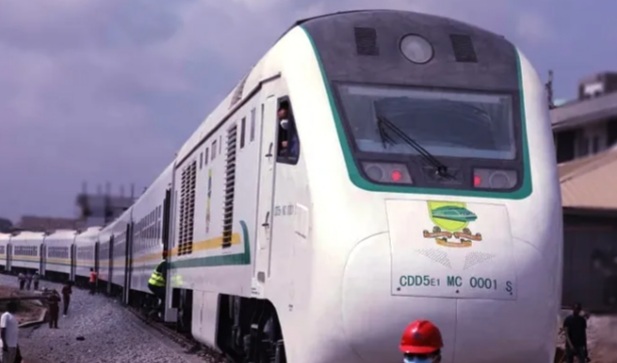 Known for his uncanny bluntness at times, the Minister of Transportation, Rotimi Amaechi, stopped just a step short of putting the blame for the Kaduna train attack on the federal government he serves in.

He spoke while inspecting the scene of the attack, describing the situation as devastating, amid reports of another attack on a train station along the Abuja-Kaduna rail corridor.

Look at Nigerian Soldiers were killed in Kaduna this morning!! They went to rescue the train victims and the bandits killed them, their life journey ended too like Dr.Chinelo. pic.twitter.com/4js3l6BoXP

On security sensors for the popular rail route, Amaechi said its installation was delayed because of rigorous procurement process.

”The porcess is tedious, the approval is also tedious, we have not been able to get that approval that will lead to purchase of those items.

”If those items were here, drones alone will tell you that there are people around the rail tracks because there are drones, there are equipment that pick sensors if you touch the track.

”But unfortunately the process has not been able to get us that approval for us to import those items.

”So for me, I am devastated and I honestly don’t know what to tell Nigerians anymore.”

”The cameras in the train cannot pick what is happening outside. What you need is a camera that shows 100 metres away from the train, that there are unknown persons carrying guns.

”Then, we can take precaution, but we have done all we need to do in the ministry of transport and we have forwarded to them for approval but we have not gotten approval.

”The patrol vehicles are available but they cannot reach everywhere. For the areas the patrol can patrol, it will forestall.

Noting that the Nigeria Railway Corporation may suspend the evening train, he however said it was not the solution but providing appropriate technology that would ensure security.

”The solution is not in running away from the militants or the bandits. The solution is providing the technology that lets you know that they are around.

”If it lets you know that they are around, there are two actions to take; either for the security men to go after them or you don’t ply within that period.

”But the agencies that need to give us approval have to give us the approval because we need to purchase those items.

”No matter the cost, you cannot equate it with the eight lives that were lost. The equipment were just N3billion and we are about to place order for the one in Lagos but we need to know what is happening on the track, it is everywhere in the world….”

”I had warned earlier that it is important they get us this approval because human lives would be involved. Since that warning till today, we have had two incidents.

”What kind of due process is that? When i say due process, it does not necessarily mean BPP but whatever agency it is, they need to get us approval so that we can get out of cabinet.

”Even if they get us approval, it will take some months to acquire them from overseas to install them. We need to do that to enable us see from Kaduna-Abuja, Itakpe-Warri and from Lagos-Ibadan. what is going on?

Amaechi says about eight persons have so far been confirmed dead and 41 hospitalised.

His words, ”We dont have all the figures of missing persons, kidnapped and those injured at the moment.

”The numbers we have is that there are eight casualties. There are about 41 persons in different hospitals and the total number of passengers who got tickets are 398.

”So, we have have to wait on the security, the Kaduna State government and the Nigerian Railway Corporation.They are all trying to make contact with those on the manifest.