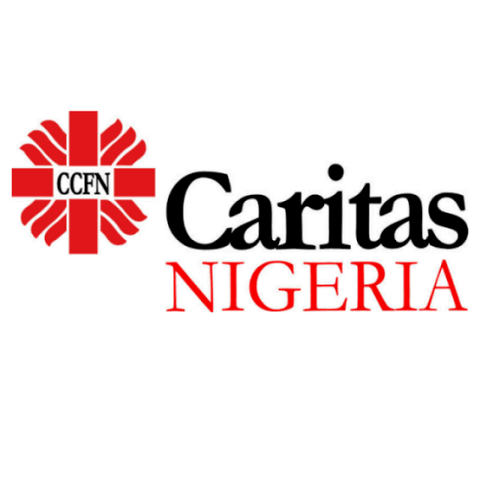 Huzaifa Adam, the alleged rapist of  kate Aisha Umar in Borno State has been caught and paraded by the Police , prior to his charging to court; but the Catholic Caritas Foundation of Nigeria does not trust the rape laws in the north-eastern state and Nigeria to do the appropriate justice.

It believes the weak laws are responsible for the increasing number of the sexual crime in the country, and has called for tougher laws, as obtained in Asian countries, to stem the tide.

The foundation on Tuesday strongly condemned the recent rape and exploitation of the late Aisha Umar, by a non governmental organization NGO staff in Maiduguri.

According to media reports, Aisha,  a female Internally Displaced Person (IDP) in Borno State, took her own life after the allegedl raped by Huzaifa.

The deceased, who was into menial jobs for survival, was reportedly lured to the apartment of the suspect at 303 Housing Estate, near Dalori IDP camp, Maiduguri, under the guise of cleaning the place.

The suspect identified as Huzaif Adam, 35,  was said to have forcefully had sex with her when she came into his apartment.

According to a source, the victim’s cry for help attracted neighbours to Adam’s apartment, but he had already raped her by then.

The neighbours were said to have forced his door open.

The source said the victim, who was traumatised rushed to Adam’s kitchen where she picked up a knife that she used to stab herself.

She died moments later at the hospital.

Executive Director, Women in the New Nigeria and Youth Empowerment Initiative, Comrade Lucy D Yunana,  said she visited both Gwange Police Station and University of Maiduguri to ascertain the incident.

“I was contacted via my office and I called Commissioner of Sports after. The incident happened around our Area 303/202 EFCC area. I saw the perpetrator and interviewed him, and also saw the corpse of the innocent girl at the University of Maiduguri Teaching Hospital (UMTH). It’s a really sad incident; justice should be served.

“The girl was crying and quoted as saying, ‘Why would you do this to me?’ Instead of bringing shame to my parents after disflowering me, I rather die than go home.

Stressing its disdain on what he described as an act of wickedness in a news conference in Maiduguri, the Executive Secretary of Caritas, Rev. father Uchechukwu Obodoechina represented by Rev father Peter Audu stressed that the conduct of rape was a sickening betrayal of the trust of the people the accused swore to serve.

” It is also a betrayal of our colleagues who put themselves in harms way to serve others including those who have paid the ultimate price and those killed by insurgents in the north east region of Nigeria while rendering humanitarian assistance to the internally displaced IDPs and vulnerable people” he posited.

Audu called for a thorough investigation of the incident adding that ” it is our top priority to ensure that the perpetrators of sexual abuse and exploitation are not excused or condoned but held to full account under the law.

He appealed to all humanitarian organizations to put in place adequate mechanism to guard against the perpetration of sexual exploitation and abuse by their employees and agents beginning from it’s recruitment process to on-boarding and service delivery.

” I appeal to all humanitarian and development organizations in Nigeria, not to be negligent in the management of, nor treat with levity reports of sexual exploitation and abuse.

“This would be tantamount to professional misconduct on the part of the top management of such organizations. We must have zero tolerance for inaction against it”, he posited.

“We do not want this case to be swept under the carpet. Our aim is to see that at the end of the day, justice is served to the family of the late minor that died.

“If the state is overwhelmed with rape cases, the only way to go about reducing it is to make the laws stiffer like the Asians have done to stem impunity.

“First the late victim must have been a resident IDP and that makes the crime more grevious.

“If Borno and Nigeria had made its law stiffer, the prevalence of rape would have been going down by now.

“Government has to be more proactive about this law. If you make a law that is not working, the people will not get redress against such laws. At the end of the day don’t be surprised that selective justice may be applied.” He stressed.

He said that rape  was a criminal act adding that the people of Borno must come together as one body against the wrong acts of rape that has been perpetrated.

“Women should not be afraid to walk the streets of the town because of the possibility of being raped.”

Meanwhile the Commissioner of Police Borno State, CP Abdu Umar, has vowed to get to the bottom of the matter until justice is served.

He has since arrested and paraded the suspected rapist, Huzaifa Adam, who is an NGO staff in Maiduguri.

Zamfara: 4 members of ASUU Chairman’s family, one other kidnapped – Police