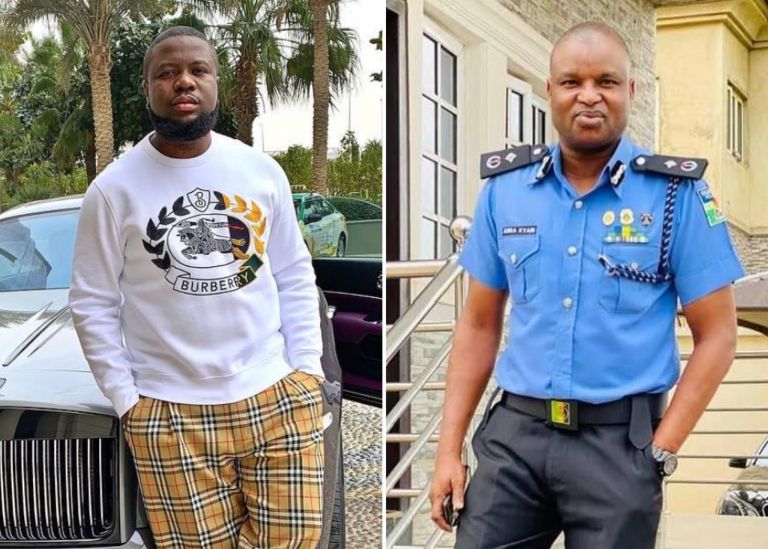 For the second time in a year, Deputy Commissioner of Police Abba Kyari has been declared wanted. This time, it is by the Nigeria’s National Drug Law Enforcement Agency (NDLEA), which claimed on Monday, that he is a member of an international drug cartel.

NDLEA insists that  Kyari, a former head of the Intelligence Response Team (IRT), pushes illicit drugs, while going ahead to narrate how he was fingered in a sting operation.

Spokesperson of the NDLEA, Mr. Femi Babafemi, announced Kyari’s alleged complicity and gave details of the operation, adding that the lives of its agents were being threatened. 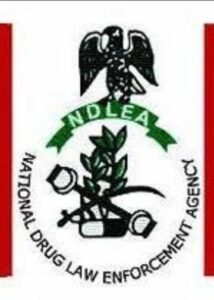 His story in full: Gentlemen of the press, there is no better way to start this press briefing than to remind us about the enormity of the drug problem Nigeria has on its hand and the imperative of all well-meaning Nigerians to play a positive role in curbing the illicit drug menace.

Even before the damning findings of the 2018 National Drug Use and Health Survey, Nigeria’s drug problem was getting close to epidemic proportion. And if anything, the arrests and seizures by NDLEA in the past 12 months is an indication that the country’s drug problem was grossly underestimated before President Muhammadu Buhari’s resolve to strengthen the NDLEA and the subsequent launch of offensive action by the Agency to clean the society of the menace.

And in just 12 months, even the most cynical of Nigerians now agree that the country is really in a drug quagmire and therefore appreciates the relentless efforts of NDLEA operatives.

Unfortunately, some law enforcement agents who should be partners in the pursuit of the President’s mandate are at the forefront of breaking the law, as they aid and abet drug trafficking in the country.

Today, we are forced to declare one of such law enforcement agents wanted in the person of suspended DCP Abba Kyari, the erstwhile Commander of Intelligence Response Team (IRT) at the Force Intelligence Bureau of the Nigerian Police Force.

With the intelligence at our disposal, the Agency believes strongly that DCP Kyari is a member of a drug cartel that operates the Brazil-Ethiopia-Nigeria illicit drug pipeline, and he needs to answer questions that crop up in an ongoing drug case in which he is the principal actor. His failure to cooperate forced the hand of the Agency and that is the reason for this press briefing.

Let me give a synopsis of what transpired.
The saga started on Friday, January 21, 2022, when DCP Kyari initiated a call to one of the NDLEA officers in Abuja at 2:12 pm. When the officer returned the call two minutes later, Kyari informed him he was coming to see him, to discuss an operational matter after the Juma’at service.

He appeared at the agreed venue of the meeting with the officer and went straight to the crux of the matter. This was it: His team had intercepted and arrested some traffickers that came into the country from Ethiopia with, according to him, 25kg of cocaine. He proposed a drug deal whereby he and his team are to take 15kg of the cocaine and leave 10kg for the prosecution of the suspects arrested with the illicit drug in Enugu. In the meantime, the purloined cocaine will be replaced with a dummy worth 15kg. He asked the NDLEA officer to persuade men of the FCT Command, to play along as well.

Now, anybody who is in touch with the reality of the renewed drug war by NDLEA since January 18, 2021, would know that that was a tall order because our officers and men have rededicated themselves to the war against illicit drugs and what Kyari was asking for was not tenable, not in this new dispensation, not with the new NDLEA. We can recall that one of our officers was in the same situation in May 2021 when a drug kingpin, Ejiofor Felix Enwereaku, flew from Brazil to Nigeria to negotiate the release of a 27.95 kg shipment of cocaine intercepted at the MMIA. The drug lord offered a bribe of $24, 500, but our officer placed duty above pecuniary interest. We all know how the episode ended. That is the ethos of the new NDLEA. And our officer proved it again this time by reporting to the authorities.

By 11: 05 am on Monday, January 24, after the Agency gave the officer the green light to play along, he and Kyari began a WhatsApp call for the rest of the day. The officer conveyed “their” willingness to play the game.

At this point, Kyari disclosed that the 15kg (already taken out) was shared between the informants that provided information for the seizure and he and his men of the IRT of the Nigerian Police. According to him, the informants were given 7kg while his team took 8kg which was already sold. He then offered to pay the NDLEA team (that is the officer and the FCT commander) by selling, on their behalf, half of the remaining 10kg, thereby further reducing the original cocaine for the prosecution to just 5kg. At N7m per kilogram, the proceed from the 5kg would amount to N35m, at the exchange rate of N570 per dollar being the black market rate for the day, January 24, 2022. In effect, he would be delivering $61, 400 to the NDLEA team. He put pressure on our officer to wrap up the arrangement with the commander of the FCT Command to take custody of the drug and suspects from his men who were on ground in Abuja. At the time, he was speaking from Lagos, where he allegedly travelled for private business.

The next day January 25, Kyari offered to send his younger brother to deliver the payment while his men deliver the suspects, but our officer turned down the suggestion, insisting he would rather deal with him in person and was therefore prepared to wait for him to return from Lagos.

And by 5: 23 pm, Kyari was in Abuja and met with the officer at the same rendezvous where they had the first meeting. In their discussion, he disclosed how his team received the information from a double-crosser who betrayed the traffickers to him, showing a sordid connection between law enforcement agents and the drug underworld; he narrated how acting on the tip-off, his team departed Abuja to Enugu and arrested the traffickers, removed part of the consignment on his instruction and replaced same with dummies. He also indicated how to identify the remnant of the original cocaine that would be delivered to NDLEA, five original packages marked with red dots. The reason for this was to avoid the dummies being subjected to test. He forwarded a picture of the marked original cocaine package. According to the plan, once the 5kg cocaine has been tested in the presence of the suspects and confirmed positive, there would be no need to test the remaining ones, being dummies.

He also brought with him the money from the sale of the 5kg share of the NDLEA team, a total of $61, 400. Our officer, however, preferred to take the money inside his car. Well, the car was wired with sound and video recorders. And the moment was documented, part of which I will play for you at the end of this briefing.

So we have a trove of intelligence, hard facts, from chats to photos and video and a detailed transcript of the communication between him and the NDLEA officer.

This is not the place to delve into the details. But it is disheartening to hear straight from the horse’s mouth the kind of sleaze engaged in by this team of rogue law enforcement agents led by Kyari, the members of whom he described this way: “the boys are very, very sharp, they are very loyal.”

It is disheartening to hear him say of this rogue team, and I quote: “I do take good care of them, and this kind of work is done by only that team.”

It is equally disheartening to hear him give details of another similar operation which they pulled off, three weeks ago, according to him.

Well, I am not here to wash his dirty linen in the public. But I want us to understand how we arrived at this juncture whereby we are having this press briefing.

NDLEA has the mandate to take custody of suspects and consignments of drugs seized by other arms of law enforcement. And there is a standard protocol for such transfer. This we duly followed. The suspects and drugs were delivered to us on February 8 but the last part of the process, yet to be completed, is the debriefing of Kyari.

Gentlemen of the press, DCP Abba Kyari was invited by NDLEA for debriefing on Thursday February 10 through two main channels because there is a whole lot of questions begging for answers. The invitation was legitimate and formal according to our protocol. But up till the close of office hours on Friday, February 11, he refused to respond. Up till this moment, he hasn’t responded.

We are a law-abiding agency of government. We follow due process. In that vein, we will not detain suspects beyond the stipulated period according to the law before we charge them to court. And Kyari must be debriefed before the suspects are arraigned in court.

Having failed to honour the official invitation, NDLEA has no option but to declare DCP Abba Kyari of the Nigerian Police WANTED, right from this very moment.

I must say this publicly. We are not unaware of threats to the lives of NDLEA officers involved in this investigation, even as we continue to do our best to protect our officers and men in the line of duty.

We are making this strong statement to those contemplating harmful action against NDLEA officers. They would only succeed in compounding their problems in the event of the murder of or harm to officers and men of NDLEA.

Recall that Kyari was suspended by the police after United States’ FBI indicted him in the fraud case of a popular fraudster, Ramon Abbas, known as Hushpuppi.

The FBI, which is seeking his extradition to face charges, alleges he is in cahoots with Hushpuppi in a $1.1 million deal to defraud a Qatari businessman.