Citing security concerns, injustice, and insensitivity to the plight of its people, the Adara Development Association (ADA) has stated its opposition to the construction of a N3 billion market in Kasuwan Magani, the community that erupted in ethno-religious violence that allegedly claimed hundreds of lives in February 2018.
But a top official of the State Government who did not want his name mentioned told Nigeria Everyday that there was no way the government would stop work on the market because an ethnic group was not comfortable with its location.
Adara is the largest indigenous population group in Kaduna State, which traditional ruler, was abducted and killed, even after a ransom was paid. His people have cried foul and pointed accusing fingers in certain directions. 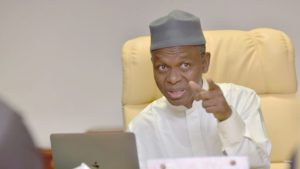