Buhari weighs in as Security deteriorates as parties round off campaigns

With escalating violence in Kogi and Bayelsa States, President Muhammadu Buhari has weighed in with marching orders to the secirity forces and other stakeholders to be up and doing.
His words:

He said: “I call on voters in Bayelsa and Kogi  States to exercise their franchise in a peaceful and orderly manner and in line with the law in all situations. Law enforcement officials must ensure that citizens are allowed to vote without harassment and intimidation and any attempt to steal or hijack ballots must be stopped using all legal means.

“In all democratic elections, there are bound to be winners and losers and the elections in Bayelsa and Kogi will not be different. All candidates should be ready to accept the outcomes and wherever they are dissatisfied, they should follow the due process of the law in seeking redress. There must not be a resort to self-help.”

Leaders of the Peoples Democratic Party (PDP) in Kabba, Kogi West Senatorial District, were on Wednesday attacked by armed political thugs, worsening the security situation two days to the governorship election in Kogi State.
Prominent among those attacked by the hoodlums was Joseph Dada, whose house was riddled with bullets and cars destroyed.
Others who were reportedly attacked include Johnson Abejinrin and one Obagbayi, who are said to be top members of the PDP in Kabba.
Pictures emanating from the scene show buildings and vehicles riddled with bullets and shattered glasses.
Reports across the state show widespread intimidation and attacks of campaign trains of opposition parties. 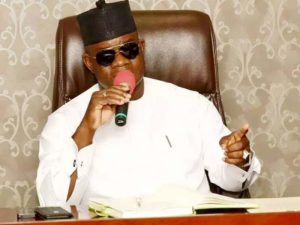 PREMIUM TIMES gathered that some leaders of the opposition political parties have relocated their families outside the state.
The reality of the security threat to the election was further highlighted during Tuesday’s attack of the candidate of the Social Democratic Party, Natasha Akpoti, who in the full glare of police officers and other security agencies, was attacked and molested by thugs believed to be loyal to the incumbent governor, Yahaya Bello.

In a statement by his spokesman, President Buhari said that on Saturday November 16, voters in two states, Bayelsa and Kogi, would be left alone to decide who takes charge of the administration of their important states for the next four years.

He noted that since the ban on campaigns was lifted a few weeks ago, the citizens of both States have been called to attend political rallies of various hues and were bombarded with advertising on bill boards, radio and TV; texts, tweets, WhatsApp and Facebook posts in campaigns that sadly, have so far recorded not a few uninspiring incidents of violence and of intemperate use of language.

President Muhammadu Buhari has made a strong demand for exemplary conduct of non-partisanship on the part of election and law enforcement officials in the two states. All must carry out their functions with fairness and transparency; without let or hindrance and without fear or favour.

He wished the two states and their peoples a safe and credible exercise as they vote in these historic and suspenseful elections.

Tha attack on Akpoti was even worrisome because it took place at the venue of the INEC’s stakeholders’ meeting in Lokoja which had in attendance the Inspector of General of Police and other heads of Nigeria’s security outfit.
Earlier, the SDP secretariat was razed and valuable documents and properties were destroyed. 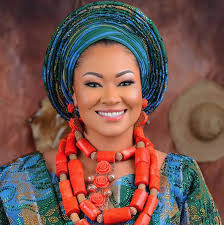 Although the attacks were not denied, the police are yet to take any person into custody for the acts.
The governorship candidate of the Grassroots Development Party of Nigeria (GDPN), Dele Williams, told PREMIUM TIMES in an interview that his campaign train had been attacked several times as he toured the state to seek the support of voters to become the governor of the state.
According to him, some of leaders of his party have either moved out of the state due to threats to their lives and their families, or had moved their families away.
“Besides the harassment during campaigns, I have received threats to my life,” he said.
Mr Williams also said even though a formal complaint was sent to the Inspector General of Police and other security agencies, no arrest has been made and the situation had grown worse.
The All Progressives Congress (APC) has denied that its members and supporters were involved in the attacks.
Jubril Abu, the Publicity Secretary of the APC in Kogi State, told PREMIUM TIMES that the violence could not be traced to APC supporters because they are law abiding citizens.
Although he did not deny that there were attacks, he noted that the people should look elsewhere for the culprits.
The police in Kogi have vowed to deal with the situation and ensure peace in the state before, during and after the election, but the feeling of the average Kogi citizen is that the rigging had started and eligible voters have been successfully scared away from the ballot on Saturday.
While the PDP leaders are pointing accusing fingers at the APC in Kabba, for the attack on Mr Joseph on Wednesday, the Speaker of the House of Assembly, who also represents Kabba/Bunu State Constituency, said he was not involved in the attacks.
PREMIUM TIMES reliably gathered that within the PDP, the feeling is that Mr Kolawole masterminded the attack on the PDP leaders in the state, with a view to intimidate and disrupt their plans for Saturday.
But in a statement on Wednesday, the speaker condemned the attack on the PDP leaders in his domain, saying such acts were “callous” and condemnable.
Mr Kolawole expressed shock at the ugly incident, saying it had heightened the security situation in the community.
He charged the security agencies to swing into action to unravel those behind the act and bring them to justice.
He also charged politicians to always remember that politics should be premised on the genuine desire to serve.
He offered his cooperation to the security agencies in their bid to bring the perpetrators to book, pointing out that the issue of security of life and property is the number one priority of the government.
While Kogi State is needing an urgent security attention and safety guarantees, the police in the state are yet to show any signs of the ability to curtail the political violence that is building up as the time ticks away to the final day.
The Police Public Relations Officer in Kogi, Williams Aya, was not forthcoming with efforts made to tackle the deteriorating situation.
He however said the matters would be addressed soon by other senior police officers who have been deployed for the elections.
Additional reports by Premium Times

Olujimi sworn-in as she returns to Senate; Lawan calls for unity among Senators