Deputy Chief Whip of the Senate, Senator Aliyu Sabi Abdullahi, has said the death penalty proposed for anyone found culpable of hate speech that leads to the death of another, will be amended by the Senate when the bill is subjected to legislative input by the National Assembly.
His position comes after a lacerating criticism by his fellow party man and former Niger Stare Commissioner for Information, Culture and Tourism, Mr. Jonathan Vatsa, who advised him to go a step further to apply for land in the country’s 36 States to bury those who would fall foul of the law.
Vatsa also accused the All Progressives Congress (APC) of being the architect of hate speech in the country.
Abdullahi made his call for the review of the death penalty in the proposed law in a statement in Abuja on Sunday.
He said the bill will undergo some fine-tuning to ensure that the clauses contained in its provisions to be passed into law reflect the views of Nigerians.
He added that the Senate welcomes contributions and inputs by critics and supporters of the bill, as these would go a long way towards giving Nigerians the much awaited law to address the disturbing trend of hate speech.
Hate speech, according to him, has led to the death of many and is a major factor behind depression and suicide in Nigeria.
Abdullahi said: “We have followed closely arguments for and against the hate speech bill, and seen the reason why some kicked against it.
“Given the high respect which we have for Nigerians, we will make amendment to the death penalty aspect that most Nigerians objected to, so that a bill that meets their expectations is passed into law.
“Clearly from the conversations, Nigerians agree that we have a problem in the society today as a result of hate speech which has fueled so many killings and violence, and is responsible for cases of depression and suicides.”
Citing a World Health Organization report, Abdullahi disclosed that Nigeria which is the seventh-largest country in the world “has Africa’s highest rate of depression and ranks fifth in the world frequency of suicide.”
The lawmaker explained that the Independent National Commission for the Prohibition of Hate Speech to be established will guard against every act of discrimination against Nigerians by way of victimization.
The Commission, according to Abdullahi, will have an executive chairperson, a secretary and twelve commissioners appointed through rigorous process involving the National Council of State, the President and Commander-in-Chief of the Armed Forces of the Federal Republic of Nigeria and the National Assembly.
In order to protect the independence of the commission, he stated that the bill provides that those qualified to be appointed as members of the commission must not be: members of the National Assembly or any government in authority at the Local, State or Federal Levels.
The lawmaker added that any person, who is a member of any political party or known to be affiliated with partisan politics, or has promoted sectional, ethnic, religious causes or openly advocated partisan ethnic positions or interest, stands disqualified from being appointed to serve on the commission.
“The overall concern is to curb violence and unnecessary loss of lives and livelihoods of Nigerians due to hate-induced violence,” Abdullahi added. 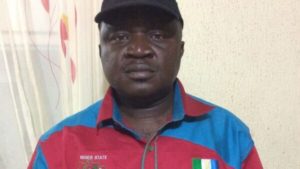 In his own comments two days ago, former Publicity Secretary of the All Progressives Congress (APC) in Niger State, Comrade Jonathan Vatsa, berated the 9th Senate over the death penalty clause in the proposed legislation.
He told journalists in Minna that the move was laughable, and a direct invitation to anarchy.
“I call on Senator Aliyu Sabi Abdullahi to also propose a bill that will ensure we have separate cemetery for offenders so that we can have it as tourist’s sites with inscriptions ‘Hate Speech’ cemetery because the offenders may also include those of us who have benefitted from hate speech.
“What a shame.”
“We (In the APC) rode to power in 2015 through hate speech.
“We brought hate speech to Nigeria politics and I am one of them.
“As a Publicity Secretary of the APC, I know how we used hate speech to mobilize Nigerians against the then ruling party.
“And it paid off because Nigerians eventually hated the Peoples Democratic Party.
“Before 2015, Nigerians did not know anything like hate speech…In fact, since the return of democracy in 1999, we are just hearing about hate speech.
“APC as a political party brought hate to politics in form of propaganda.
“The truth must be told: we are the architect of hate speech and nobody complained about it.
“We enjoyed it and it worked for us.
“If we think we have failed Nigerians in our change promises, we should be bold enough to tell Nigerians that we are sorry, we couldn’t deliver, but to try to cage them by trying to introduce or recycle Decree 4 of 1984 in the name of hate speech is unacceptable.”
Vatsa said rather than proposing death penalty for hate speech offenders, it should be death penalty for corrupt leaders in this country because “corruption and injustice gave birth to what is now being called hate speech.
“If there is justice, equity, fairness and respect for rule of law, there will be no hate speech.
“But when people are being marginalized and denied their right, surely there will be hate speech.
“You cannot stop people from expressing their freedom of speech.
“If the Senate is proposing death penalty for hate speech, then what will they do to Boko Haram, armed bandits, kidnappers, oil bunkers and treasury looters both politicians and civil servants?
“All these things are worse than hate speech.
“There are more pressing issues to Nigerians that the Senate should look into and address instead of wasting their energy on an unpopular bill like this one that will not see the light of the day.”
Vatsa however believes that there are more to the proposed hate speech bill, adding: “If the rumour of President Muhammadu Buhari nursing the ambition of third term is correct, then they need death penalty for hate speech to silence everybody who will want to oppose him.
“But the Senate should know that he who lives in a glass house should not throw stone because they cannot be there forever.
“When they leave the Senate, the law can catch up with them…. Again, if the money meant for constituency projects are utilized for the purpose it was meant for and the people begin to see dividends of democracy, there will be no need for hate speech.
“If the millions of Nigerian youths can have something to do to earn a living, they will not have time for hate speech.
“If people are allowed to elect their leaders in a free and fair election there will be no hate speech, says Jonathan Vatsa
Jonathan Vatsa said, “So, something gave birth to hate speech and that is what the Senate should address.”