Two Nigerians were among the 157 dead victims of the ill-fated Ethiopian Airlines Boeing 737-800 Max that crashed this morning shortly after take-off in Addis Ababa. 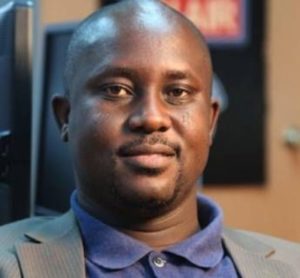 There were earlier reports of a Nigerian diplomat, and Nigerian carrying a Canadian passport, Prof. Pius Adesanmi, aboard the ill-fated aircraft. Adesanmi teaches at the Carleton University, Canada.
The Ministry of Foreign Affairs in a statement by its spokesperson, George Ehidiamen Edokpa, announced the demise of Ambassador Abiodun Oluremi Bashua, a retired career Ambassador, who until his death, was on contract with the United Nations Economic Commission of Africa (UNECA).
“Ambassador Bashua was among 149 Passengers and 8 Crew members that were on board the ill-fated Ethiopian Airlines Flight ET302 to Nairobi, Kenya that crashed shortly after take-off from Addis Ababa, Ethiopia on Sunday 10th March, 2019, killing all on board.
“The Honourable Minister of Foreign Affairs, Geoffrey Onyeama and members of Staff of the Ministry received the sad news of his death with great shock and prayed that the Almighty God grant his family and the nation, the fortitude to bear the irreparable loss.
“Late Ambassador Abiodun Oluremi Bashua, who hails from Lagos State, was born in Ibadan in 1951 and joined the Nigerian Foreign Service in 1976. During his career, the late Ambassador served in different capacities both at Headquarters and Foreign Missions such as: Vienna, Austria, Abidjan, Cote d’ivoire and Tehran, Iran among others. As a seasoned UN Expert, he had extensive experience in several United Nations peacekeeping operations in Africa. He joined the African Union-United Nations Hybrid Operation in Darfur (UNAMID) in 2009 and was appointed Deputy Joint Special Representative for the African Union-United Nations Hybrid Operation in Darfur in 2014 by the Secretary-General of the United Nations. Ambassador Bashua also served as Secretary to the Conference of Parties of the United Nations Framework Convention on Climate Change.
“The late Ambassador was also the interim Chairman of the Nigerian Community in Ethiopia,” the statement added.
Said Carleton University on Adesanmi: “The Carleton community is shocked and saddened to learn of the death of Prof. Pius Adesanmi, who was among the 18 Canadians killed in today’s crash of an Ethiopian Airlines jet at the Addis Ababa airport,” the university said in a statement.
“Global Affairs Canada has confirmed that Adesanmi is among the victims.
“Pius was a towering figure in African and post-colonial scholarship and his sudden loss is a tragedy,” said Benoit-Antoine Bacon, president and vice-chancellor. “Our thoughts and prayers are with his family and all those who knew and loved him, and with everyone who suffered loss in the tragic crash in Ethiopia.
“The contributions of Pius Adesanmi to Carleton are immeasurable,” said Pauline Rankin, dean of the Faculty of Arts and Social Sciences. “He worked tirelessly to build the Institute of African Studies, to share his boundless passion for African literature and to connect with and support students. He was a scholar and teacher of the highest calibre who leaves a deep imprint on Carleton.
“A further tribute about Adesanmi’s leadership and many contributions to the Carleton community will be shared as soon as possible.”
The plane billed for Nairobi had 32 Kenyans on board, the largest group of nationals in the ill-fated plane.
There were 33 different nationalities on board with two classified as ‘unknown’
Flight E302 also had 18 Canadians among its passengers.Others are eight Americans, six Egyptians, six Chinese, nine Ethiopians, five Dutch nationals, seven Britons, three Russians, seven French and eight Italians.
Spain, Israel, Morocco and Poland suffered two casualties each.
Belgium, Djibouti, Indonesia, Ireland, Mozambique, Norway, Rwanda, Saudi Arabia, Sudan, Somalia, Serbia, Togo, Uganda, Yemeni, Nepal and Nigeria each had one national in the plane.
The cause of the crash has not been revealed but Swedish flight-tracking website flightradar24 said it “had unstable vertical speed”, Kenya’s The Standard reported.
“Data from Flightradar24 ADS-B network show that vertical speed was unstable after take off,” the Swedish-based flight tracking organization said on its Twitter feed.
The flight left Bole airport in Addis Ababa at 8.38 am local time, before losing contact with the control tower just a few minutes later at 8.44 a.m.
Additional reports by NAN

Why we suspended Rivers electoral proces