Copyright 2021 - All Right Reserved
Home News (Photos) El Rufai lied over Kachia and has been unfair to us, says Kajuru indigenes group
News

(Photos) El Rufai lied over Kachia and has been unfair to us, says Kajuru indigenes group

Reeling from the loss of 37 of its people in attacks from alleged Fulani herdsmen, the Adara Development Association (ADA) is seeking fairness from Kaduna State Governor, Malam Nasir el Rufai, in his handling of state affairs.
There has been a back and forth between Kaduna State government officials, and different groups and commentators over what transpired in the southern part of the state since the governor went on air on the eve of the first date for the presidential election to announce the killing of 66 Fulani men, women and children. He was berated for ethnicising the killings, inflating the number of those killed, and neglecting to talk about the killing of natives earlier in that week.
But the ADA is also calling on Adara people of Kajuru and all other places, to “remain calm and refuse to be provoked into anything no matter the provocation,” in the face of the recent killings.
The association described as a complete lie for “mischievous reasons” an assertion by the Governor that there was crisis in Kachia adding that nine Adara leaders arrested in connection with killings in Kajuru be released.
A full text of the ADA statement titled, The Karmai Attack and the Injustice on the Adara People, by its National Assistant Secretary, Barrister Godwin Luke Waziri, reads: “Our peaceful community of Karmai in Maro woke up on Tuesday 26th, to the sounds of gunshot , burning and looting and when the dust had temporarily settled, 37 people were found killed with some still missing and about 100 houses burnt to the ground. The ones that survived are in various hospitals in Kajuru local government.
“The precision in the attack, the sophisticated arms the merchants of death carried and the military dress-mode, according to those who survived, proves our assertion that this attack on our community was planned and funded by those with enormous connections in our society.
“Despite the fact that our community had no prior quarrel with anyone or anybody in recent time, it has become the theatre of destruction in its hideousness and gruesomeness with dozens now displaced from their ancestral homes and living as IDPs in various villages. We condemn this attack in its totality and urge the security agencies to fish out the killers.
“We condole with all our people who lost their loved ones in Ungwan Barde and Karmai and pray for quick recovery for those injured. We also condole with the Police for the loss of one of their men and commend the Kaduna State Commissioner of Police and the GOC 1 Division for their quick response and gallantry that secured some of our people.
“However, while asking for equity and fairness as a basis for dispensing justice, we plead with the Kaduna state government to, not just be fair to all, but be seen to be fair. We urged the state governor to uphold and respect the oath he swore – to be just and fair to all citizens of Kaduna state.
“Last week he was too quick to rush to the media on 15th February 2019 and joyfully announce an alleged number of people he claimed were killed. He even gave the number of towns allegedly attack and the gender of those he claimed were killed. Not satisfied, he later increased the casualty figure. However, apart from a terse statement he made when Karmai was attacked, the governor has not said anything, nor visited our place. Not even an assurance that the killers would not go free. More so that our leaders and chiefs, in a most humiliating and degrading manner were indiscriminately and unjustly arrested for merely being the victims during last week’s attack.
“Accordingly, we urge that the nine Adara leaders and chiefs that have been indiscriminately arrested and thrown into prison in a one-sided arrest should be released. Those who should be arrested are the ones out there still attacking our communities in broad light.
“We also completely deny the governor’s statement that there was any crisis in Kachia. It was a complete lie that was made for mischievous reasons. Kachia has been peaceful and shall remain like that.
“In the midst of these happenings, we earnestly urge our people in Kajuru and all other places, to remain calm and refuse to be provoked into anything no matter the provocation. We have been known as a peaceful people and so we shall continue to be.
“Thank you.”
Photos of the carnage: 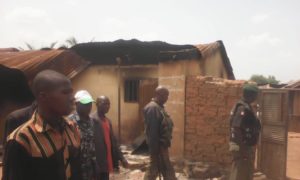 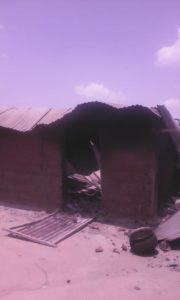 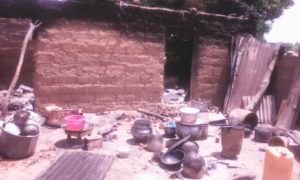 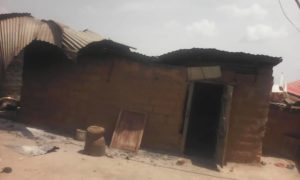 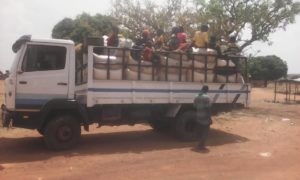 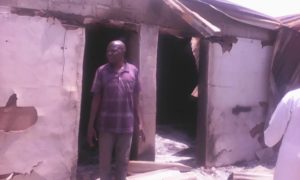 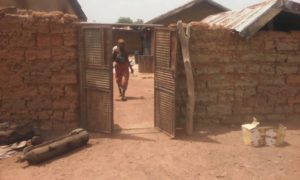 Gov Nasir El Rufai, Tinubu, and the Toast Of Amaechi
16 S’East presidential aspirants in 2023: What are their chances?
2023: Senator Mark Wants Peaceful Primaries
Abuja Minister, clergyman disagree on cause of violence at Building Materials market