It is only for presidential elections, says Minister
The Minister of Education, Malam Adamu Adamu, has announced that federal government secondary schools will proceed on mid-term break betwwen Friday, February 15 and Tuesday, February 19, 2019.
Adamu, at the 7th edition of the Ministerial News Briefing in Abuja, said that there would be  no break for the unity schools for the gubernatorial elections in March.
His annoumovement is coming days after the National Association of Proprietors of Private Schools (NAPPS Nigeria) adopted two sets of mid-term breaks to keep pupils and students at home during the two strands of elections in February and March.
NAPPS said that after it reviewed the security build up to the 2019 National Elections and the attendant apprehensions, it requested all Private Schools to adopt the following timetable for breaks during the election.
1. Presidential and National Assembly Elections: Schools to vacate on Thursday 14/2/19 and resume on Monday 18/2/19.
2. Governorship and State Houses of Assembly Elections: Schools vacate on Thursday 28/2/19 and resume on Monday 4/3/19.
The statement signed by its President, Dr Sally Adukwu-Bolujoko reads further: “Being mindful of the fact that our students are preparing for WASCCE and JAMB later in the month on March, we would not want to keep them at home for long but would also prefer to be on the side of caution first.
“All Proprietors are to monitor the security situation in their neighbourhood and alert security agencies while informing parents to evacuate children as soon as possible.
“While we continue to pray and work with relevant authorities to ensure a peaceful elections, we urge all participants to see politics as a game not worth killing or dying for. 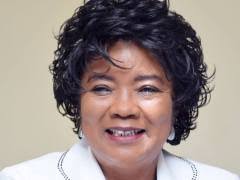 “We wish Nigerians a violence free elections that will usher in growth and prosperity for all.”
Meanwhile, Adamu said in Abuja, “Our students in unity schools are not of voting age but we adjusted the mid-term break to make it fall within the elections period.
“The date for the mid-term break will be from Friday, Feb. 15 to Tuesday, Feb. 19. This is for only unity schools in the country.
“We are not shutting down other schools.
“The essence of this break is to enable parents have maximum time to go and cast their votes and have the freedom to bring their children and wards back to school.
“Even if the child is not of voting age, the parent is of voting age. The break is only for presidential elections.
“There is no break for governorship elections,” he said.