Too drunk to declare results, INEC apologises for staff; Senate gets fresh faces

Thoroughly by the embarrassing conduct of one its returning officers in Plateau State, who was too drunk to perform his duties, the IndependentNational Electoral Commission (INEC) has apologised for his conduct.
Electoral Officer in Bokkos Local Government of Plateau, Mr Salihu Adamu Musa, took over the functions of his subordinate, the drunk university lecturer.
For his inappropriate behaviour, the returning officer was sacked.
Musa was asked why he was declaring the results of elections for Bokkos, instead of the Returning Officer, as stipulated by law.
“The Returning Officer’s attitude was appalling; he was drunk and couldn’t do anything at all.
“I took over the job based on instructions from the INEC headquarters in Jos,” Salihu said.
His story was corroborated by an All Progressives Congress (APC) officer, Mr Jonathan Mawuyau.
“The returning officer came to the collation centre drunk. On Sunday, we waited for his arrival up to 2.00 p.m., but when he later arrived and took his seat, he started dozing off before the very eyes of everybody in the hall.
“Shortly after, he woke up and excused us to go ease himself, but the next thing we heard was that he had driven away. He was later accosted and brought back. The official was so drunk that he could not do the job,” Mawuyau said.
Elsewhere, one returning officer, Prof. Ibeawuchi told a crowd of party and security officials that he was declaring the results under duress. He declared Governor Rochas Okorocha winner of the controversial polls.
Another Governor who won his election and is on his to the Senate is Ibikunle Amosun.
Former Governors Danjuma Goje, Orji Uzor Kalu, and Chimaroke Nnamani also won and will join the Upper House of the National Assembly.
From Northern Nigeria, only one woman is on the way to the Senate from Adamawa State.
Aisha Dahiru of the APC won Adamawa Central Senatorial District seat, She got 188,526 votes to beat the Peoples Democratic Party’s (PDP) Murtala Chibado with 96,530 votes. 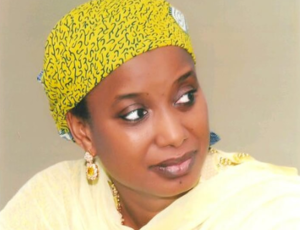 She takes the place of Binta Garba, another Senator from Adamawa State who lost her seat to a man, Ishaku Abbo of the PDP.

Despite difficulties, Nigerians had opportunity to express their will at elections – Commonwealth

No longer news, electricity workers down tools as darkness beckons