The Obasanjos’ differences over Buhari

The Obasanjo family is truly unique and open in support and opposition for President Muhammadu Buhari.
While the patriarch has stated and restated his opposition to the re-election of the sitting President, two of his children – Iyabo and Olujuwon – take differing positions to themselves.
Iyabo recently penned a lacerating treatise tearing the Buhari administration apart, but Olujuwon maintains his fervent support for Buhari.
Olujuwon, the President of Buhari Youth Organisation (BYO), took his campaign for the re-election of President Muhammadu Buhari to the United States, where he solicited support for Buhari’s re-election among Nigerian diasporas and other members of the international community.
He hinged his backing for Buhari on his administration’s focus on youth empowerment and securing the future of the country for the Nigerian youth.
“I participated at the United Nations International Day for Education, promoted by the Nigerian Government through the Nigerian Permanent Mission to the United Nations. 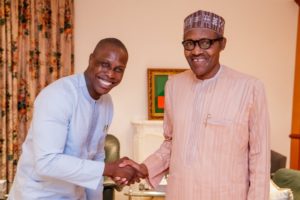 “Education is one of the tenets of the President Muhammadu Buhari’s administration, focusing on youth empowerment, youth participation and securing a better future for our generation and the generations to come.
“I also participated at the Nigerian American Business Forum where I met with many Nigerian professionals and their American counterparts. I went to Atlanta to visit our sister organisations there and to inaugurate many of our organisations.
“I also went to Detroit where we inaugurated some of the organisations. We also have many Buhari support organisations in New York as well.
“We have Buharists in the United States and all over the world. So I am here to encourage them and to support them in every way we can”.
Olujuwon was in the Aso Rock Villa, late last November to see Buhari, who he has never hidden his admiration for.
Last September, he wrote a letter to the Buhari Campaign Organisation where he stated: “Please find attached a statement of my public declaration and support for the 2019 second term re-election bid of our highly esteemed President Buhari.
“I have taken a personal decision to release the statement and to notify you of my availability to work for the re-election of our dear President Muhammadu Buhari with sincerity and loyalty. Please accept my assurances of the highest regards.”
But writing on her blog, former Senator, Dr. Iyabo Obasanjo wrote:
“I am a terminal optimist; ‘a believer’ in Nigeria’s future greatness, that is why three years ago, I would not have believed a bag of rice could be sold for the national minimum wage. With 87 million extremely poor people and 13 million children out of school in 2018, the mighty has indeed fallen and change has come. Now I know ‘all things’ are possible in a country ruled by incompetent ‘saints’. We have mass starvation in the North East, yet a clan of ‘Grass cutters’ are making their billions and smiling to the bank with the blood of hungry, homeless children, and internally displaced people in their hands. We hear rumors of ‘Bama Initiatives’ yet the fraternity in power manufactures internal solutions and our conniving cabinet of ‘saints’ watch in silence. They seek another term for their inaction, they call out the nation to pray for God to bless their cluelessness while we wait forever, for just anyone to answer the ‘grass cutter’s’ question; ‘who is the presidency?’ 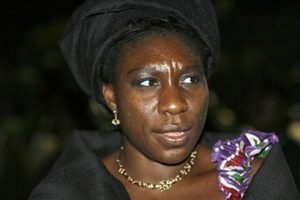 The dance video: ‘We work with our traditional rulers, and our women, and our youths”

NOA / ILO in partnership to end child labour in Nigeria
ICPC confirms arrest of D’Banj over N-Power funds fraud
We will never be good Muslims or Christians if we do not embrace, respect and honour one another and our faiths
America-based film director returns, plans documentary on Gov Adeleke