House Speaker, Hon. Yakubu Dogara, is returning as a federal lawmaker for the fourth time, but his opposite number in the House of Senate, Dr. Bukola Saraki, has fallen to a fellow medical doctor, Dr. Ibrahim Oloriegbe, who with a wide margin of over 50,000 votes.
But for Saraki’s deputy, Ike Ekweremadu, it was a happy fifth time around as the huge infrastructural developments he attracted to his senatorial district spoke for him at the Polling units.
Ekweremadu polled 86,088 votes to defeat his closest rival, Mrs Juliet Ibekaku-Nwagwu of the All Progressives Congress (APC) who scored 15,187 votes.
The Returning Officer, Prof Douglas Nwagbo of the University of Nigeria, Nsukka (UNN) announced the results in Awgu on Sunday. 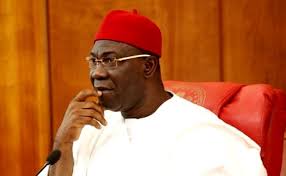 APC South-East presidential aspirants not insistent on zoning, but promise support for...

2023: Trouble brews in Niger APC as Chairman is accused of changing...