The nearly N3 trillion ($8 billion) Nigerians spend in importing vehicles annually is proof that there is a large market for a viable automotive industry in the country that will create jobs and contribute to the growth of the Nigerian economy, according to the Minister of Industry, Trade and Investment, Dr. Okechukwu Enelamah.
He spoke last Thursday at the kick-off of the Nigeria-Volkswagen meeting intended to explore and exploit the auto industry in the country. 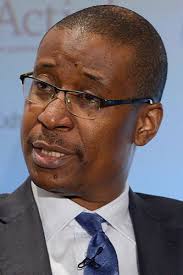 Volkswagen was a major player in the country’s automobile industry for decades, assembling its cars from its factory in Nigeria. It packed up and left due to a downturn and unfavourable operating conditions over two and half decades ago.
Efforts are on at different levels to bring the manufacturer back as a major player.
Enelamah said that the development of the country’s automotive industry is a key plank of the FG’s Economic Recovery and Growth Plan (ERGP) which aims to grow the economy, invest in Nigerians and build a globally competitive economy.
Enelamah spoke in Lagos at the Volkswagen kickoff event with senior management of the automaker led by Thomas Schaefer, the Head of Sub-Saharan Region and Managing Director, Volkswagen South Africa.
The kickoff workshop was organized for the two sides to agree on the next steps and concrete action plans needed to operationalize a September 2018 agreement for Volkswagen to lead development of Nigeria into an automotive hub.
At the event, Schaefer said: “Africa’s time is now and Nigeria’s time is now. There’s no doubt about that. Volkswagen is more than happy to play the pioneer role and be the role model that will spur the interest of other global players in the Nigerian automotive sector.”
According to the Ministry, the two sides spoke about the commercial viability of setting up an auto industry, and discussed various plans and strategies to ensure growth of demand for new cars in Nigeria and reduction of running cost.
The federal government incentives for the sector were also discussed. At the end of the meeting, three working groups were activated to work on demand, investment and operational costs