The Police has uncovered a secret fake drug factory hidden in the residential Area of Ikotun in Lagos State, where it says there is substantial production and packaging of suspected fake drugs which is distributed to different parts of the country.
“These dastard acts,” according to Police spokesman, Acting Deputy Commissioner Jimoh Moshood, “may have resulted in several deaths, health complications and physical disabilities to many victims nationwide.”
He adds: “The hideout where the suspected fake drug is being illegally produced on No. 2, Okunnenye Street, Ikotun Egbe Area, Lagos State was raided on 13th December, 2018 by operatives of the IGP Intelligence Response Team (IRT) led by the Commander of the Unit, DCP Abba Kyari…. 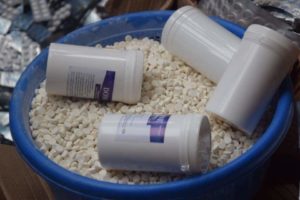 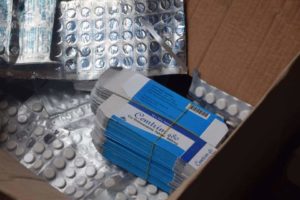 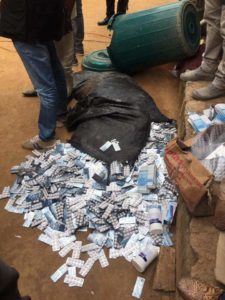 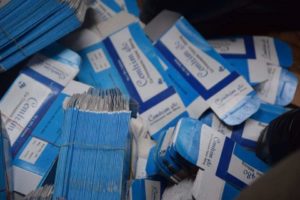 Drugs produced in the fake factory 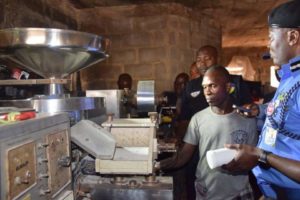 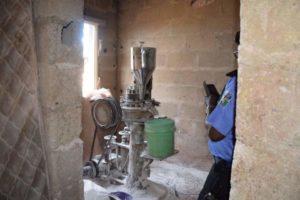 Two of the fabricating machines