First, it was an army chief of the rank of major-general; now, it is a four-star General and former highest military ranking officer. And the President is seething!

The nation’s security agencies have been given marching orders by President Muhammadu Buhari to find the killers of immediate Chief of Defence staff, Air Chief Alex Badeh, and make the country’s highways safe.

A statement  by Presidential spokesman, Mr. Femi Adesina said the President described the killing of the Air Chief as “very sad and unfortunate.”

The statement reads further: “The President commiserates with the family of the late four-star general, his friends and professional colleagues in the military, and the people and government of Adamawa State.

“Noting that the late Badeh, who was also a former Chief of Air Staff, attained professional fulfilment in his over three decades military career, President Buhari regrets that he fell victim to incidence of violent and fatal attacks on the nation’s highways.

“He directs security agencies to find the killers of the 15th Chief of Defence Staff and bring them to face the full force of the law, while ensuring greater security and safety for all users of the country’s roads.

“The President prays that God Almighty comforts all those who mourn Air Chief Marshal Badeh and grant his soul peaceful rest.” 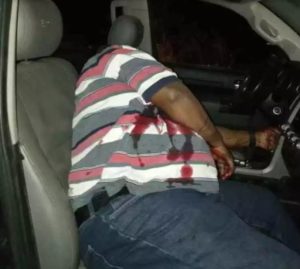 Badeh’s shot remains in his car on his way into Abuja Tuesday. 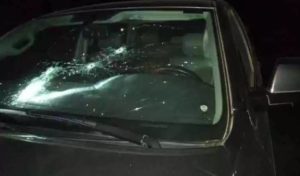 Meantime, former President Dr. Goodluck Jonathan has extended his condolences to the Nigeria military, the entire people of Adamawa State and the family of the immediate past Chief of Defence Staff, Air Chief Marshal, Alex Badeh (retd.) who was killed by gunmen along Abuja-Keffi Road on Tuesday.
The former President recalls that Badeh who successively served his administration as both Chief of Air Staff and Chief of Defence Staff served the nation to the best of his abilities.
In a statement, ex-President Jonathan regrets the fact that Badeh who rose to the peak of his military career before his retirement was murdered in cold blood, at a time he could still be of service to his fatherland.
He urged the security agencies to swiftly unmask those behind the dastardly act and bring them to justice, especially in this election season when every necessary measure should be taken to ensure that Nigerians’ confidence in the nation’s democracy remains unshaken.
Dr. Jonathan prays to God Almighty to grant his soul eternal repose and strengthen his family members as they mourn.

20.9 million jobless in Nigeria; Atiku says it is a catastrophe