Consequently, she has released official photographs for the campaign, saying she remained “the best man for the job.”
Hajiya Aisha Yesufu, Director of Special Projects for “Hope 2019”, the campaign organ of Ezekwesili, in a statement titled: “Here comes the best MAN for the job, the woMAN”, was of the opinion that she would deliver Nigerians from economic strangulation, fight for the masses.
Her decision was premised on the regulation of the Independent National Electoral Commission (INEC), which had on Saturday released guidelines for campaigns.
While campaign for Presidential and National Assembly elections commence on Sunday, campaigns for governorship and State Houses of Assembly will commence December 1 2018.
Yesufu said, “The Obiageli ‘Oby’ Ezekwesili For President organisation – Hope 2019 –  has issued official campaign photos as it kicked off the INEC-approved campaign season.
“Hope 2019 campaign kicked-off officially on Sunday with a thanksgiving service in Abuja, after which the candidate will go to her home state, Anambra, to officially get blessings from the royal father and other elders of her community.
“We are excited and we can’t wait. The best MAN for the job in 2019 is definitely a woMAN and this woman we know by her track record, will #Fight4Naija.”
Ezekwesili had promised to “lift over 80 million people out of poverty”, if voted into office in the 2019 general elections.
She challenged her rivals to “bring up their doable programmes to better the lots of citizens.”
About three weeks ago, Ezekwesili came so hard on President Muhammadu Buhari, describing him as a corrupt, parochial, nepotistic and most partisan President ever produced in Nigeria.
She however advised those who believed that Atiku Abukakar is the alternative for the 2019 general elections, to have a rethink because “they are one and the same, siamese twins of failure and destruction.”
Speaking during a World Press Conference in Lagos, former Vice President of the World Bank said while the All Progressives Congress (APC), deceived Nigerians with the empty mantra of change in 2015, the Peoples Democratic Party (PDP), was a failure.
At the event, she also unveiled her “Oby Ezekwesili Roadmap to Victory in 2019” tagged: #Fight4Naija. 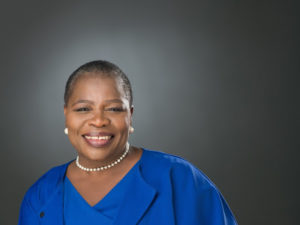 “2019 cannot be “Anyone But Buhari”. Our country is not a recycling plant for uninspiring old men with their old ideas and old dubious characters. We deserve better than their aggressive mediocrity. And that is why I am running for president – to lead a people’s movement that will permanently terminate bad leadership, retire these incompetents and fight for every Nigerian”, she stated.

Opinion: The irony of a Buhari second term as campaign begins