The Federal Government in apparent reference to a story published by online newspaper, The Cable, five weeks ago (attached below) has debunked allegations of deplorable conditions of the troops fighting Boko Haram in the North East, saying the report is a classic example of fake news.
Speaking at a press conference in Abuja on Tuesday, the Minister of Information and Culture, Alhaji Lai Mohammed, said in view of the grave security implication of the allegations contained in the publication, President Muhammadu Buhari ordered an investigation to determine its veracity.
“Gentlemen, the investigation has since been concluded and, in line with the transparent stance of this Administration, I have invited you here today to share with you the outcome. The summary of the findings is that there is no case of hunger, starvation or begging among the troops fighting in the North East, and in particular in the Armed Forces Special Forces Battalion that was referenced in the publication.
”There is also no irregular/short payment of allowances, while claims of poor equipment, inadequate kitting and accommodation are found to be ill conceived and unfounded,” he said.
Alhaji Mohammed said contrary to the publication, the troops in question, deployed at Brig.-Gen. Maimalari Secondary School along Gubio Road, are being fed centrally three times a day, and are kitted immediately after their training before they are deployed in the theatre.
“How then can soldiers who are fed centrally be starving or begging for food? Concerning the payment of allowances, the monthly allowances of troops of the AFSF Battalion are being paid directly into their various accounts from the Defence Headquarters, hence they cannot be shortchanged,” he said.
On the allegation of poor equipment and inadequate kitting, the Minister said it was found that the inflow of logistics into the theatre in the past six months showed an enormous quantity of materiel was distributed to troops in the theatre.
“If anything, the publication in question exhibited poor understanding of what obtains in the theatre of military operations. For example, the claim of poor accommodation in an operational environment. By their training, soldiers in theatres of war are usually in trenches, tents or other makeshift structures. Fighting insurgency is not a walk in the park and the gallant men and women in uniform who are engaged in counter-insurgency operation in the North East are not on a luxurious expedition. The battlefront is no playground,” he said.
Alhaji Mohammed warned that engaging in fake publication about the troops is not only a great disservice to the nation, but a terrible downplay of the kind of sacrifices being made by the gallant troops in fighting the insurgency.
He said such fake reports amount to collaborating with fifth columnists and enemies of the nation to weaken the fighting spirit of our forces, and represent a clear and present danger to the nation’s security.
While restating the administration’s belief in the freedom of the press, the Minister appealed to the media to always commit to the highest standards of journalism by double checking with the government before publishing any information from the theatre of operation in the North East.
_________________________________________ 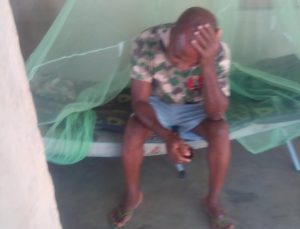