Who is ANN’s presidential candidate? The confusion that is the lot of Nigeria’s political landscape is manifesting in newer parties as a faction of the Alliance for New Nigeria (ANN) has announced the choice of Mr. Gbenga Olawepo-Hashim as the party’s presidential candidate.
But the ANN national chairman, Mr. Emmanuel Dania, insists that Fela Durotoye reaims the party’s candidate waving aside that produced Olawepo-Hashim.
He explained to journalists why on Thursday:“We set out to carry-out our primaries like it is written in our guidelines, we fulfil all conditions like other parties, the process was open for all to see, but a few days before the primaries one of the presidential aspirant who had been requesting for a change of date and we had said there would be no reason to change the date.
“But he also wrote a letter withdrawing from the race, while also copying INEC, let us say that in this party we are not aware of such primaries and it is illegal.
“Fela Durotoye was duly elected as the presidential primaries of the ANN and the primaries was observed by INEC and he remains our Presidential candidate”. 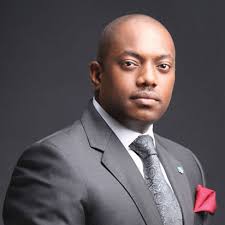 But in a statement on Wednesday, another faction disclosed that Olawepo-Hashim, emerged the party’s candidate in the scheduled February 16, 2019 presidential election.
Olawepo-Hashim, according to the faction, won the party’s ticket at its national convention and presidential primary election held on the premises of Ibeto Hotel in Abuja with 593 delegates in attendance.
The statement reads further: “The convention ratified his candidature through a voice vote following the earlier withdrawal of another presidential aspirant, Alhaji Ibrahim Eyitayo Dan-Musa.
“Other presidential aspirants who had earlier indicated interest in the party’s ticket did not present themselves for screening by the party.
“The convention also ratified the strategic alliance between ANN and another political party, Peoples Trust, PT, in the single-minded mission to rescue Nigeria.
“Prior to the ratification of the candidature of Olawepo-Hashim, the convention had approved the expulsion of the suspended national chairman of the party, Pastor Emmanuel Dania and the deputy national secretary, Mr. Osita Okonkwo for alleged anti-party activities. 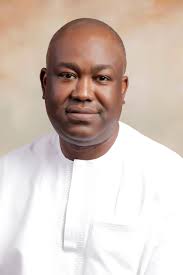 “In Dania’s stead, the pioneer national chairman of the ANN, Dr. Jay Osi-Samuels, who had at the last convention of the party in Abuja stepped aside, returned to the position and was ratified by the convention.
“Olawepo-Hashim, who was elated at the decision by the delegates to elect him unopposed, said on the occasion witnessed by officials of the Independent National Electoral Commission, INEC, that he was more than ever committed to the mission to rescue Nigeria from the stranglehold of underdevelopment and economic backwardness.
“He said he would vigorously pursue the mandate given to him by the party, promising to deploy it to unite Nigeria, create jobs and put smile on the faces of Nigerians.
“According to him, “Our people are tired of poverty; they want jobs, training for unskilled youths, support for farmers as well as the young and the old.”
“Declaring that “there is no time for small boys’ politics on the way to the Promised Land”, Olawepo-Hashim said, “there are political generals in this party and we will not surrender to political boys’ scouts and girl guides.”
“He further said that having come this far, the political movement for which he had provided leadership was unstoppable.
““This is not the time for rhetoric. Nigerians want to see politics with integrity. This is not the time for apprentice leadership. The 2019 train must be decisive for change in Nigeria,” he stated.
“He listed his offerings to Nigeria to include building a new economy that will take the nation from $510 billion Gross Domestic Product, GDP, to $4 trillion GDP in the next ten years.
“According to him, “It is that size of economy that will deal with hunger and malnutrition in the land. We want to build a big economy that will cater to 180 million Nigerians.”
“He also pointed out that jobs would be created by linking agriculture and solid minerals to industry while concerted effort would be made to unite the country in an atmosphere of freedom by Nigerians to practise their religions without fear of attacks.”

Compliments. Please read trending reports and others on www.everyday.ng.

200 arrested as Army clamps down at Jos community