With the death toll of killed natives in Plateau communities rising to 38 in 24 hours with the death of an additional five persons in the hands of Fulani militia, the Nigeria Air Force is now moving to give air support to the military task force, tagged Operation Safe Haven, on ground there.
A soldier is said to be among the five killed on Thursday night. The herdsmen militia are said to be retaliating the death of two herdsmen and cattle in the area.
Several others have been injured and houses burnt down in Ariri, Nkiendoro in Bassa Local Government Area; and Jol in Riyom LGA between Thursday and Friday..
Gunmen attacked Nkiendoro village of Bassa Local Government Area of the state on Thursday night.
The spokesman of the Operation Safe Haven, Major Umar Adamu, confirmed the latest attack.
According to Air Commodore Ibikunle Daramola, the Director of Public Relations and Information, Nigerian Air Force, thr force has deployed an EC-135 helicopter and an Intelligence Surveillance and Reconnaissance (ISR) aircraft along with an additional detachment of NAF Regiment personnel to Plateau State in support of efforts aimed at quelling the crisis that recently erupted in the State and restoring normalcy. 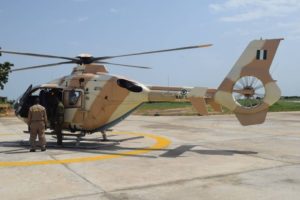 The deployment of the ISR aircraft, he said in a statement, is expected to enhance intelligence gathering while the helicopter would conduct air support missions in close coordination with foot soldiers of Operation SAFE HAVEN.
“Meanwhile, NAF L-39 fighter aircraft, operating from Kano, have commenced armed reconnaissance missions over known flash points within the State. Other NAF air assets are also available at other nearby airfields to provide additional support to hasten the process of restoring normalcy in the State,” he added.

It is Agbaje versus Sanwo-Olu in Lagos