...PDP pooh-poohs Buhari’s claims
President Muhammadu Buhari on Wednesday submitted his nomination form as the only standing presidential aspirant of the All Progressives Congress (APC), following the withdrawal of a younger one, Adamu Garba, who says he could not dole out the N45 million sought by the ruling party.
Garba stepped out of the race, just as Vice President Yemi Osinbajo met a group of young aspirants eyeing other offices.
Garba said he could not in good conscience justify spending N45 million to participate in his party primaries.
Below is a thread of tweets he pushed out on Wednesday: 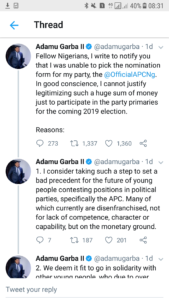 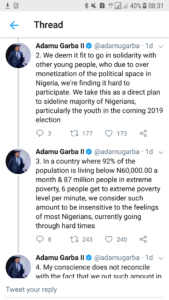 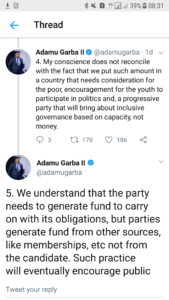 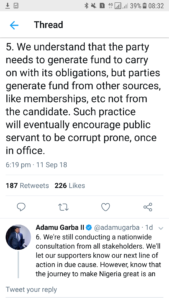 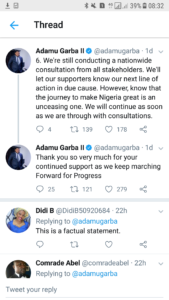