No Books, No Desks, No Pay: Nigeria’s Education System Is Failing

By Tope Alake
Budgeted funds often siphoned off in web of corruption
Bill Gates urged Nigeria’s authorities to invest in people
When Babalola Foluke enters her classroom at Ibadan Municipal Government primary school in southwestern Nigeria each morning she faces a demoralizing scene: shortages of books, chalk and desks for her 41 students. Often, she hasn’t been paid for several months.
Foluke, 44, is one of tens of thousands of teachers struggling to train the next generation in Africa’s most populous nation in a ramshackle school system gutted by corruption, a lack of investment and the flight of qualified instructors abroad and to private sector jobs. Nigeria’s education system is failing to arm its children with the skills they need to work in the banking, manufacturing and petroleum industries that drive the economy. 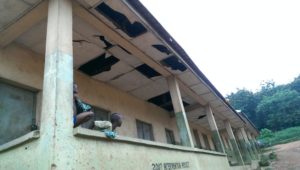 The Ibadan Municipal Government school.
Photographer: Tope Alake/Bloomberg
“When you have a lot of commitment and you don’t have money to do it, you won’t be able to concentrate on the pupil,” said Foluke, who’s been teaching for 18 years and earns about 75,000 naira ($200) a month. “When you are hungry, will you be able to do it?”
With elections in February, the ruling party of President Muhammadu Buhari, who’s seeking a second term, and opposition candidates are renewing politicians’ past pledges to boost spending on schooling. This year’s budget in Africa’s top oil producer allocates 7.1 percent of expenditure to education, less than a third of the United Nations-recommended minimum of 25 percent for countries seeking rapid development. The figure for Ethiopia, with the continent’s fastest growing economy, was 24 percent in 2015-16, according to a UN report.
Skills Shortage
The results are clear to see. In 2016, the UN Human Development Index ranked Nigeria, a nation with almost 200 million inhabitants, 152nd in educational achievements out of 188 countries.
When Nigerian recruiting company Phillips Consulting requests applications for job vacancies these days, about 3 percent of the candidates have the required qualifications.
“While more schools graduate a decent number of individuals annually, there is a gap in the requisite skills they acquire,” said Foluso Phillips, chief executive officer of Lagos-based Phillips Consulting. “It is extremely frustrating to find qualified candidates.”
Nigeria once had some of the continent’s top educational institutions that produced the likes of Nobel Prize laureate Wole Soyinka and award-winning scientists and professionals working at the highest levels internationally in a broad range of fields.
The decline started in the 1980s when military rulers cut funding for educational institutions where teachers and students became the voice of opposition. That sparked the first wave of professors leaving to teach in universities in the U.S., South Africa and Europe.
Academic Strikes
The Academic Staff Union of Universities has gone on strike against every government in the past three decades, starting from when Buhari was a military ruler in the 1980s. 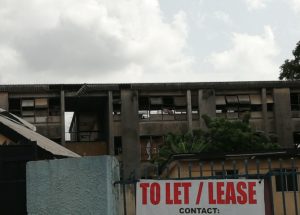 Onike Girls Primary School in Yaba, Lagos.
Photographer: Tope Alake/Bloomberg
Successive governments “didn’t feel education was a priority,” said Deji Omole, a professor and leader of the teachers’ union at the University of Ibadan. “You have to fund education properly to retain your best brains; if not you’ll continue to lose them.”
Training Programs
Now businesses increasingly rely on their own training programs to prepare ill-equipped graduates.
“There is a risk that if we don’t improve it very quickly the employers will actually be spending much more resources in training,” said Abubakar Suleiman, chief executive officer of Sterling Bank Plc, which has a Learning and Development Centre for new hires. “We can train people on the job they’re coming to do, but I shouldn’t be training them on basic issues like communication, etiquette and how to do team work. It wastes time.”
During a visit to Nigeria in March, Microsoft Corp. founder Bill Gates told government officials that while its economic recovery plan is emphasizing physical infrastructure, there’s little on human capital development, particularly education and health.
“People without roads, ports, and factories can’t flourish,” Gates said. “And roads, ports, and factories without skilled workers to build and manage them can’t sustain an economy.”
Education Ministry Director of Press and Public Relations Chinenye Ihuoma didn’t respond to phone calls and a text message seeking comment.
Parents’ Sacrifice
Families who can afford the cost are increasingly abandoning the state school system, shifting their children to private schools or sending them abroad. At least 257,000 currently study in six top recipient nations: the U.K., Ghana, the U.S., Malaysia, Canada and neighboring Benin, according to data compiled by the Institute of Statistics at the United Nations Educational, Scientific and Cultural Organization.
As a result, Nigeria made $1.66 billion in official foreign-exchange allocations to pay tuition between 2015 and April this year, according to central bank data.
There were 11,710 Nigerians studying the U.S. university system in 2017, a 9.7 percent rise over the year before, representing almost a third of Africans there, according to the Institute of International Education.
Private Schools
Uche Dike, whose son Emmanuel, 22, is due to graduate from the All Nations University College in Ghana in November, said the sacrifice of paying about $4,000 a year was worth it.
“Seeing him discussing with his friends while on holiday, I felt very proud that my son had an edge over his classmates in Nigerian schools,” she said.
Private schools in Nigeria generally do a better job than state institutions in equipping students for the workplace, said Michael Famoroti, an economist at Lagos-based Vetiva Capital Management Ltd.
“They are just more organized,” he said. “Some public institutions can make the learning process very stressful; they haven’t organized themselves to prepare you for the labor market.”
The precious government cash that is available for the state education system is often siphoned off by corruption, according to Olayinka David-West at the Lagos Business School.
As a result, Monilola Oseni, a 54-year-old teacher of catering and crafts at the Islamic Day Secondary School in Ibadan, said she often has to bring meat and vegetables for her cooking classes.
“The students have no conducive environment to study — some are sitting on the floor,” she said. “Some teachers have no interest because they don’t have things to encourage them to teach effectively.”
— With assistance by Dulue Mbachu, and Emele Onu
(Updates with analyst comment in second paragraph under Private Schools subheadline.)