From Chuks Moses, Awka
Heart-broken father of 25 years old murder victim -Nneka Ufondu, Mr Emeka Ufondu, 47, has raised alarm over the threats to his family for crying out loud over the circumstances of his daughter’s death.
According to him, the alleged murder which was uncovered early last year in the community involves a native doctor (names withheld) who has lived and carried out his activities in Ozubulu for years.
Ufondu is seeking to know how the main suspect in the matter was alleged by the police to have died in detention and his remains deposited at the Nnamdi Azikiwe University Teaching Hospital. The police, he alleges, refused to tell him what the man said about how, why and when he killed his daughter.
He also wants to ascertain how he “died” without saying all he knew and those who he worked for. He want the police high command to get from all the officers at the Divisional police headquarters in Ozubulu what led to his death, the death certificate, and the autopsy report.
The suspect, said to hail from Anam in Omambala area of the state, also accused of cannibalism, was arrested last year following an alarm by some hunters who stumbled on him inside the bush while allegedly roasting the remains of the missing Nneka Ufondu.
Recovered from him were her two hands, two legs and head that made it possible for a positive identification.
Curiously, Ufondu disclosed that the suspect is an operative of the state’s local vigilance group in the community. He believes this is why the investigation has suffered so many set-backs, because some influential persons are blocking the progress of investigations. 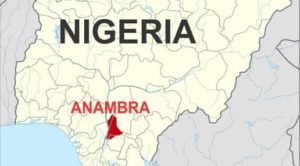 Mr Ufondu in frustration has returned to his previous job in Lagos, saying he is completely wrecked and devastated financially and mentally by the harrowing trauma of his daughter’s violent death.
He confirmed his hope for justice was renewed at the weekend with the arrival of a special team of homicide detectives from the office of the Inspector General of Police – Ibrahim Idris. They questioned and took a statement from him.
He said until now, he has spent so much shuttling from one police office to another trying to obtain justice for his late first child.
The distraught father, who spoke amidst tears, lamented that the suspected has not disclosed what he did with all the other unaccounted parts of his daughter’s remains adding that the recovered parts were reportedly displayed as if they were on sale, while some were found to have been fried for either preservation or for food.
The sad incident, Mr Ufondu disclosed, happened just three months after the daughter got married. He is angry that not much help was coming from close family and village members as they were all afraid of being arrested, especially when the police went on indiscriminate arrest of natives.
He lamented that his struggle for justice was in progress when the mass murder of August 2017 came and overshadowed it.
Ufondu called on every citizen and law enforcement agency, especially the office of the IGP to seek out the truth.
“Ideally non natives of communities were never recruited in community vigilance groups, but it appears the case was different in Ozubulu,” he wondered.

Raid on Clark’s residence: Police arrest four of its men