Leaders of the People’s Democratic Party (PDP) in the North-Central zone have resolved to present a consensus candidate for the forthcoming 2019 Presidential Elections. But that is if one their aspirants emerges as candidate from the party’s primaries in October.
There are at least three known aspirants from the zone slugging it out for the party ticket. They are Senate President Bukola Saraki, former Senate President David Mark, and former Plateau Governor, Senator Jonah Jang. The three men have also served as Governors. 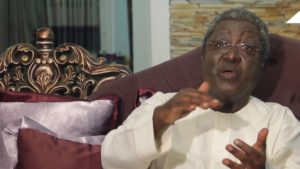