Storm in ANN over Durotoye’s emergence

Mr. Fela Durotoye, Saturday, picked the ticket as the Presidential candidate of the Alliance for New Nigeria for the 2019 electio, but his 240 votes to defeat Gbenga Olawepo-Hashim who got seven votes is generating a sandstorm in the party. Hasim-Oladeji had earlier withdrawn from the election.
National Chairman of the party, Mr. Emmanuel Dania, said after the contentious election, “Our DNA is about making a difference. We are here to speak for Nigerians, ensure they get what they deserve.
“We want to see that the common man has the right to be happy. It is important Nigerians know new kind of politics.
But the National Executive Committee (NEC) of the Alliance for New Nigeria (ANN) has dismissed as dubious the National Convention of the party that produced Durotoye.
The party said after a meeting at the Bon Hotel Stratton, Abuja, that the convention for the election of a presidential candidate has only just been fixed for Wednesday, October 3, 2018, at a venue to be announced shortly in Abuja
The leaders called on “ANN members and the public to either ignore anyone parading him or herself as its presidential aspirant, or at best, be regarded as a jester” 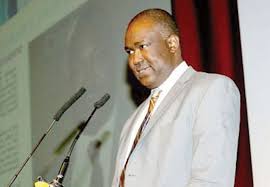 For the records, the National Executive Committee (NEC) said in the statement that the so-called Abuja 29th September convention was invalid because it did not comply with the Section 3, Sub-Section B (i) of the ANN Constitution.
The section states, “that the National Executive Committee (NEC) of the party shall convene the National Convention and appoint a Convention Organising Committee, which shall circulate Convention information in advance and ensure that the concerns of the membership are reflected in the Agenda”.
Rather than this happening, they went further: “the hurried convention was convened solely by Mr. Emma Dania and his cahoots working for the APC”
Aside the above, Section 3(a) of Part VII of the ANN Constitution also states that “the quorum of the National Convention shall be two-third of the its membership and a simple majority shall pass any motion.
“Regardless, the so-called Abuja convention, which was hurriedly put together to satisfy the desires of infiltrators, recorded only 247 attendance, out of the 1,600 delegates expected at the party’s convention”
It added that Section 29 (i) in Part IX of the ANN Constitution states that “The National Executive Committee shall, subject to the provisions of the Constitution of the Federal Republic of Nigeria , 1999 (as amended), the Electoral Act (as amended) and this constitution, formulate guidelines and regulations for the nomination of candidates for election into public offices at all levels”
Even so, it stressed that none of these provisions was adhered to, as no guidelines were formulated. “This is such a fundamental flaw as to render any exercise purporting to be presidential primaries to be nugatory. NEC has just recently approved guidelines for the primaries pursuant to the Wednesday October 3 convention.
“The absence of NEC approved guidelines for the so-called September 29 convention makes it invalid, and of no effect. The purported convention was hastily done to satisfy a premeditated objective. This is unacceptable!
“The arrangements for the Presidential Primaries have not been published so that everyone will be fully informed. The so-called convention was also prepared without the adoption of a credible list of delegates to be authenticated by chairmen and secretaries of each state chapter.
“Decision was also not taken on the status of delegates from Kano and Katsina, etc. The party was as well yet to take a decision on the status of women and youth leaders, who the Emma Dania faction has been trying to exclude from the National Convention.
“In addition, there was no decision on the states that have not yet conducted their congresses, but are legally constituted, such as Abia, Adamawa, Gombe, etc. Besides, NEC did not take a decision on who was to conduct the Primaries, including Accreditation of delegates, Screening of Aspirants, etc.
“Because of these grave flaws, the NEC of the party, comprising twenty of the twenty-six state chairmen, National Working Committee Members, other elected National officers and some members of the Board of Trustees, sitting at an extra-ordinary meeting Saturday August 29, resolved that
“That Emma Dania is suspended forthwith as National Chairman of the party for grossly violating provisions of the party’s constitution, for engaging in anti-party activities and for the unpatriotic act of permitting the infiltration of the party by agents of the ruling party, and
“That Dr. Jay Osi-Samuels, the pioneer chairman of ANN, who steered the party from infancy to its present enviable state, be immediately reinstated as National Chairman”
“It also resolved that the party’s proper National Convention for the election of its presidential candidate be held in Abuja, Wednesday October 3, 2018”
The NEC members concluded: “We want to assure our teeming members all over the country and Nigerians at large, that the ANN leadership, as led by Dr. Jay Osi-Samuels and his team of democrats and patriotic Nigerians constituted in the NEC of ANN will not let Nigerian down on our promise of building a new Nigeria, where integrity, excellence and transparency will be the core values of politics and governance. ANN will continue to repel activities of fifth columnists. We are prepared”

Respite Underway for Nigerian Businesses in Ghana as Ekweremadu Intervenes