Leah Sharibu speaks from captivity, asks Buhari to pity her

Leah Sharibu, the only Christian among theabducted 119 students of Government Girls Secondary School, Dapchi, Yobe state, has asked President Muhammadu Buhari to save her from captivity.
As a “proof of life” amidst speculations on her fate, TheCable has exclusively obtained her latest picture as well as the audio of her plea to Buhari.
Leah, who was kidnapped in February, also appealed that her family members be assisted.
All the girls who were captured were subsequently released, except five who reportedly died in detention, but Sharibu was held back for “refusing to renounce her faith”.
The Islamic State West Africa Province (ISWAP), a breakaway faction of Boko Haram, has kept her in captivity for seven months, sparking public outrage.
The federal government had said it was making efforts to secure her release.
Clad in hijab, sewn from a light brown material and seated alone on a mat patterned in pink, Sharibu spoke with measured calmness.
She spoke in Hausa in a 35 seconds audio.
“I am Leah Sharibu, the girl that was abducted in GGSS Dapchi. I am calling on the government and people of goodwill to intervene to get me out of my current situation,” she said.
“I also plead to the members of the public to help my mother, my father, my younger brother and relatives. Kindly help me out of my predicament. I am begging you to treat me with compassion, I am calling on the government, particularly, the president to pity me and get me out of this serious situation. Thank you.”
Sources told TheCable that the audio as well as pictures were part of the proof of life requirement in a possible renewed negotiation efforts between the government and ISWAP members.
The release of Sharibu’s school mates on March 21, 2018 reportedly followed what sources said had to do with the intervention of IS in Iraq and Syria. 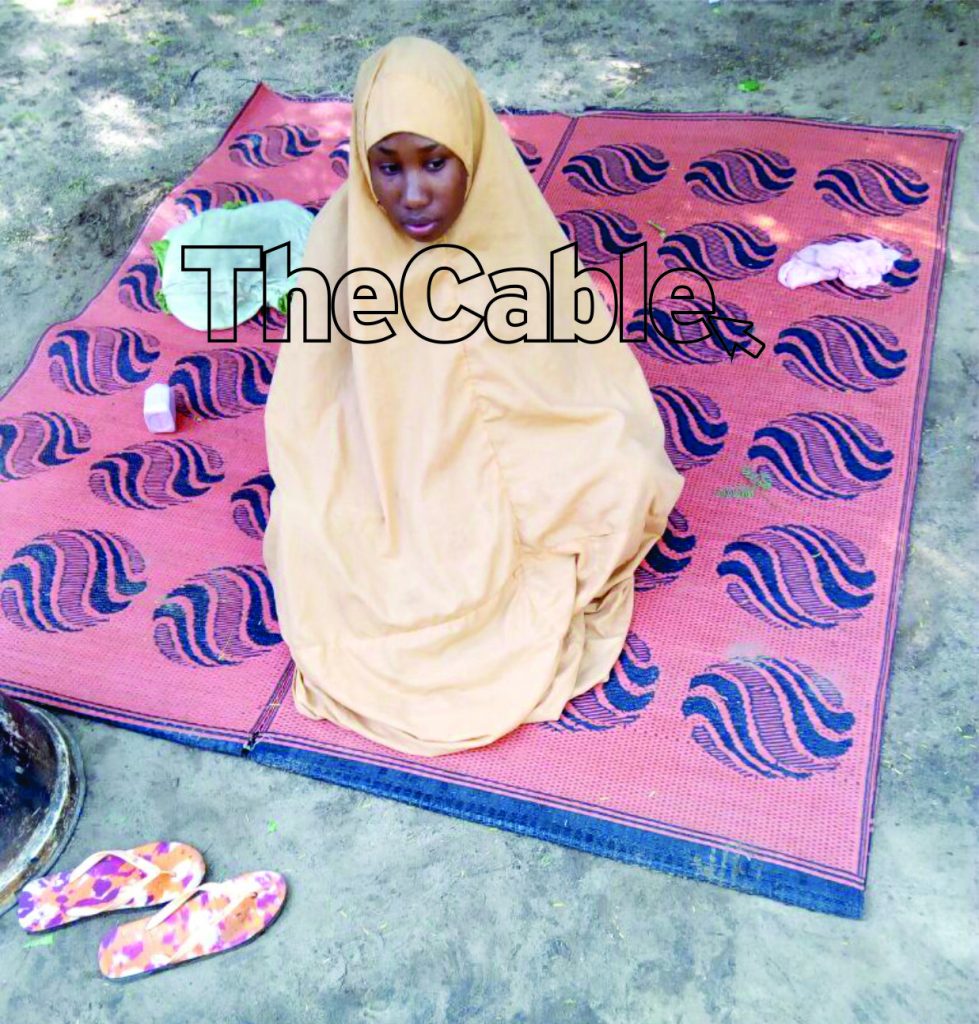 Insurgent leaders were said to have upbraided ISWAP for abducting Muslim schoolgirls.
Thereafter, according to our sources, the 110 Muslim schoolgirls were brought back under an elaborate ceremony that had the community cheering.
Lai Mohammed, minister of information, and Lawal Daura, the sacked director-general of the Department of State Services (DSS), had said the release was part of a wider ceasefire talks with the insurgents.
Recently, the release of the girls sparked a controversy when the UN said a heavy ransom was paid but Mohammed insisted that no dime was given to the insurgents in exchange for the release of the girls.
By TheCable.