Following spiralling violence in which many are feared dead, the Plateau State government has imposed curfew in Riyom, Barkin Ladi and Jos South local government areas (LGAs) to avert further breakdown of law and order.
The Secretary to the State Government (SGS), Hon Rufus Bature, said that movement in the three councils is restricted from 6pm to 6am, except those on essential duties.
There were reports of gun shots in some communities in Barkin Ladi on Saturday, as residents claimed they were under attack from Fulani herdsmen, but government was silent on this in statements churned out.
Some boarding schools and institutions in the area shut down and sent students home, while others were relocated. However, fuel scarcity in the area is said to be hampering relocation.
A source said the clashes in Jos South LGA were reprisal attacks on Fulani residents. There has also been no confirmation on this from government or its agencies.
A reverend gentleman in a border community between Mangu and Barkin Ladi is reported to have lost two children following the alleged Fulani attackers.
Media reports quoted the legislator representing Barkin Ladi in the State House of Assembly, Peter Gyendeng, as saying: “As a matter of fact, the casualty rate is in hundreds; it is more than 100. In one place, it is above 51; in another, over 32 and yet in another area, it is same.
“For now, based on what we have on ground and the corpses that we have been receiving, it is probably over 200 casualties.
“Altogether, about 11 villages were attacked and our people are there now trying to ascertain the number of deaths. The casualty rate is above 200 and counting (of the corpses) is still going on.
“This is war, it is a declaration of war on my people. War has been declared on Barkin Ladi LGA completely.
“There are mercenaries that have been hired to come and kill people in Barkin Ladi LGA.
“The killing started around 11:00 pm last (Saturday) night till this (Sunday) morning. And the killing still continues.”
But the government in a statement by its spokesman, Mr. Yakubu Datti, commiserated with citizens of the state especially Xland, Gindin Akwati  communities of Barkin Ladi Local Government over the unfortunate recent attacks.
Other identified hotspots were Rakok, Kok and Razat all in Ropp District of the Barkin Ladi LGA.
Police is claiming that only 11 persons were killed.
The Plateau governmet statement adds: “Government is deeply pained that despite concerted efforts which had led to the restoration of relative peace across the state, some unpatriotic elements are bent on disrupting the gains so far made.”
The Government condemned the attacks and said it has mobilised the full compliments of security forces to restore normalcy in the affected areas and its environs.
“Furthermore, government holds every single live as sacred hence, (and) has mobilized medical and relief agencies to ameliorate the suffering o those in distress.
“As a government we are committed to ensuring a safe and secured environment that will guarantee peaceful coexistence among the various groups in the state as we remain resolute to the well being of our people,” the government stated.
It appealled to citizens not to take laws into their hands and cooperate with security agencies to prevent further break down of law and order as perpetrators of the attacks are tracked..
Citizens were advised to use the “Early warning system” mechanism by reaching out to the recently launched Operation Rainbow on the following numbers 30812 for SMS, 09060100010 for Voice calls.
On Sunday, State Governor, Mr. Simon Lalong appealed for calm following his assessment of some affected parts of the State capital. 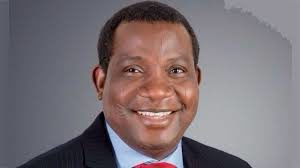 He was said to have personally cleared some road blocks and appealed for calm.

PDP To APC: You Can’t Fool Nigerians With Change of Slogan