Two of the alleged ruthless armed robbers that stormed banks in Offa, Kwara State, and mauled not less than 50 residents and policemen to death have been arrested by the Police.
A Police statement in Abuja said: “Sequel to the publication of the pictures of the Offa bank robbers in the media, we have been getting several credible leads from good citizens of our country,” the police stated.
“As a result, IRT teams deployed by the Inspector General of Police, Ibrahim Idris to Kwara, Ondo, Osun, Oyo and Ekiti States were able to arrest 2 more gang-leaders of the deadly bank robbery whose’ pictures were circulated by the media. 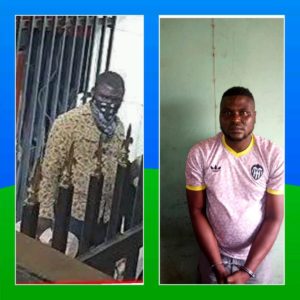