Copyright 2021 - All Right Reserved
Home News Nigeria: Starving women raped by soldiers and militia who claim to be rescuing them
News

Nigeria: Starving women raped by soldiers and militia who claim to be rescuing them

By www.amnesty.org
Thousands of women and girls who survived the brutal rule of the Boko Haram armed group have since been further abused by the Nigerian security forces who claim to be rescuing them, said Amnesty International in a new report released today.
“They betrayed us” reveals how the Nigerian military and Civilian Joint Task Force (Civilian JTF) – a militia who work alongside them – have separated women from their husbands and confined them in remote “satellite camps” where they have been raped, sometimes in exchange for food. Amnesty International has collected evidence that thousands of people have starved to death in the camps in Borno state, north-east Nigeria, since 2015. 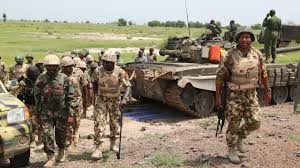 Rape of starving women and sexual exploitation
Scores of women described how soldiers and Civilian JTF members have used force and threats to rape women in satellite camps, including by taking advantage of hunger to coerce women to become their “girlfriends”, which involved being available for sex on an ongoing basis. 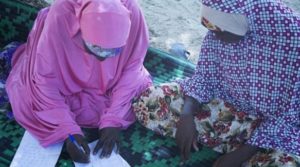