Deluge of parallel APC congresses: Saraki, others set to move on?

From Ade Joseph, Ilorin.
In many States, the chink on the political wall of the All Progressives Congress (APC) widened to structural defects, with brazen party members boasting openly they will dump the party in this season of carpet-crossing, where Peoples Democratic Party (PDP) Chieftain in Osun State, Senator Iyiola Omisore, has left the party for the Social Democratic Party (SDP) to realise his gubernatorial ambitions.
In Adamawa, Senator Abdulaziz Nyako, who together with other APC chieftains, like the former Secretary to the Government of the Federation (SGF), Mr. David Babachir Lawal, brazenly announced that if it own parallel State Congress was not recognised, it would move to another party to test its popularity against the APC in the State. 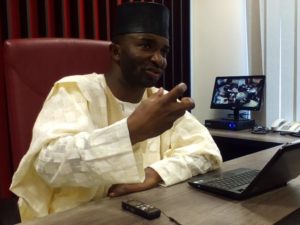 APC’s spokesman, Mallam Bolaji Abdulahi, has said the party does not recognise parallel congresses, though in Kwara, his home state, a similar, but somewhat confusing, drama played out.
Two congresses held there, with a group loyal to Senate President, Dr. Bukola Saraki, holding a State Congress; while another, believed to have the backing of Information and Culture Minister, Alhaji Lai Mohammed, conducting another. Saraki, Governor Abdulfatah Ahmed, Bolaji Abdulahi attended one. 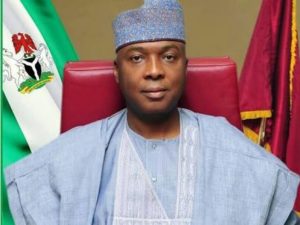 The Adamawa and Kwara dramas are replicated in many APC- controlled States. Political watchers fear the existent cleavage in the party are further fuelled by the battle for supremacy between a group loyal to APC national chairman, Chief John Odigie Oyegun; and another bent on achieving President Muhammadu Buhari’s desire to prop up Adams Oshiomhole, who wants Oyegun’s plum job.
There were strong indications at the weekend that Dr. Bukola Saraki, the Senate President and his followers in Kwara State may in no distant time pull out of the All Progressives Congress (APC)
This is one of the glaring observations as the party held parallel congresses in quick successions, parallel congresses from ward to local governments and indeed at the state levels last Saturday. .
The party; APC in the state is now in two factions, each side led by the Minister of Information and Tourism, Alhaji Lai Mohammed and Senate President Bukola Saraki.
While Saraki’s faction with his traditional large crowd held their own congress at the Government  Banquet Hall, Lai Mohammed’s side held its own at the popular Arca Events Centre along Ajasse Ipo Road in the metropolis equally with a large crowd.
Though the two congresses produced 36 state executive officers apiece, it was apparent that the presidency was backing the parallel congress led by the minister.
The faction which called itself the Legacy Group had been championing the re-election bid of President Mohammadu Buhari and his Vice Professor Yemi Osinbajo.
To prove this, they openly displayed big Buhari/Osinbajo banners alongside that of the APC while the venue of the Saraki faction only displayed the party’s banners.
The Legacy Group had months back kicked against what they described as an imposition of party officers by Dr. Saraki which they claimed amounted into recycling the same set of leaders for years giving no room for fresh blood.
Their fears truly played out on Saturday when key officers like the chairman; Alhaji Ishola Balogun Fulani, who had been in the position since PDP days, still emerged state officers.
At the Lai Mohammed side,  Hon. Bashir Bolarinwa, a one-time Governorship Aspirant under PDP was elected Chairman along 35 others to form a parallel executive in the state.
The group made up of known close aides of the Senate President; Hon. Moshood Mustapha and the former Secretary to the State Government; Alhaji Ganiyu Cook-Olododo made it clear at their congress venue that Dr. Saraki was set to leave the APC.
Present at the Saraki’s factional congress was the state governor; Alhaji Abdulfatah Ahmed, the National Publicity Secretary of the APC; Mallam Bolaji Abdullahi and Speaker, State House of Assembly, Rt. Hon. Ali Ahmad.