1% Primary Healthcare Fund Is For The Poor,” Says PSN

…As Group Lauds National Assembly
The President of the Pharmaceutical Society of Nigeria (PSN), Prof. Ahmed Yakassi has reiterated that the one per cent Consolidated Revenue Fund (CRF) provision by the  National Assembly for primary healthcare in the 2018 budget will directly benefit the poor in the country.
Yakasai spoke when he led other executive members of PSN on a thank you visit to the President of the Senate, Dr. Abubakar Bukola Saraki on behalf of all his colleagues in the 8th National Assembly for facilitating the inclusion of the 1% CRF in the 2018 budget.
He added that the primary healthcare fund will greatly boost the healthcare system, reduce poverty, create jobs and improve the economy of Nigeria. 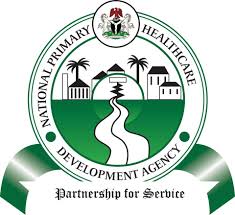 Yakasai, according to a statement by the Special Assistant to the President of the Senate, on Print Media, Chuks Okocha, said: “Indeed something that gladdened our hearts is the issue of the 1% Consolidated Revenue Fund that the National Assembly has captured in the 2018 budget that was passed recently.
“It will change the landscape of healthcare delivery in Nigeria. It is for the poor because it is so hard financially for the poor to pay for healthcare services out of their pockets.
“It will create jobs. It will reduce poverty. It will bring about economic growth in the country. That is why I specifically sent out a press release yesterday (Wednesday) and I am sure it is carried all over the papers today (Thursday).
“Only God will pay you for what you have done. We thank you and the entire members of the 8th National Assembly for doing this to the the nation”, he said.
Responding, the President of the Senate, said that the essence of the 1% CRF is to improve the standard of the healthcare system in the country.
Saraki said: “I thank you for all you kind words, particularly your appreciation on what I believe was a major milestone in the development of healthcare in our country. That is the 1% Consolidated Revenue Fund for Primary Healthcare which we have been able to pass as part of the 2018 Appropriation Bill.
“It is something we believed in and I keep on thanking my colleagues in the Senate and also in the House of Representatives – those who were not of the medical profession – who supported us and we all worked hard to make this happen.
“This is an important provision that will definitely improve the life of a lot of our people, especially the poor among us. It will enable them to access medical services that is available and affordable.
“It will make the country healthier and the country stronger. This is about working for the people and we are going to work hard to make sure that this money is well utilized so that our vision and hope to make our people healthier is realized,” he stated.
He explained that the 1% CRF provision for Primary Healthcare will go a long way to reduce the high rate of both maternal and infant mortality in the country.
“Today statistics has shown that 10 per cent of infant and maternal mortality in the world occurs in Nigeria and this is not something that we should be proud of,” Saraki said. “We believe with this kind of provision that would soon become a thing of the past. The fact that only one out of four children in Nigeria receive immunization should not be.”
“In a country like ours every child should receive immunization and we believe that with this provision we made in the 2018 budget, we are really seeking a new nigeria as far as primary healthcare is concerned,” he added.
Meanwhile the Senate has  intervened in the ongoing industrial action embarked upon by the Joint Health Sector Unions (JOHESU), with a pledge to do what is right to end the strike and ultimately find lasting solution that would prevent strikes by health workers in the country.
The President of the Senate gave the assurance when the Chairman of JOHESU, Comrade  Biobelemonye Joseph, led other executive members of the group on a visit to Saraki in Abuja.

No woman should pay with her life giving birth, says FIDA’s Ezinwa...