The first steps in moves by the Senate to discipline President Muhammadu Buhari for what it claims is a constitutional infraction were taken on Thursday when it asked its Committee on Judiciary to offer legal advise the motion for the impeachment of President Muhammadu Buhari.
The face-off between the President and the National Assembly over a $496 million expenditure has been has been building up, but a moved by Chairman of the Senate Committee on Appropriation, Senator Matthew Urhoghide, TThursday raised a notch higher.
On its part, the House has also criticised the President and also raised the spectre of impeachment, but deft moves by some All Progressives Congress (APC) Senators, led by Majority Leader, Dr. Ahmed Lawman, whittled down moves by mostly opposition lawmakers.
Many APC Senators are said to be in the know of “plans to discipline the President”, but are playing safe for now.
President Buhari approved the sum of $496 million for the purchase of super Tucano fighter jets without recourse to lawmakers, an alleged constitutional offence.
Edo Senator, Matthew Urhoghide, Thursday, moved for the invocation of Section 143 of the 1999 Constitution, which deals with impeachment of the President for voiding due process. 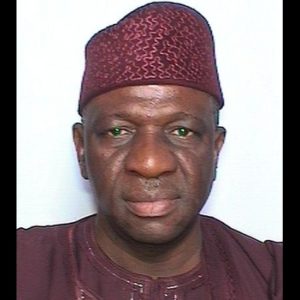 His words: “The President’s request is wrong, it’s a violation of our process, proceedings and the 1999 Constitution (as amended).
“It’s a violation of Section 80 subsection 1, 2, 3, 4. The procedure of the expenditure is wrong. There ought to be an appropriation before such an expenditure.
“I hereby request that the SP, Bukola Saraki should invoke Section 18 of the Constitution,” the Senator said.
Senator Chukwuka Utazi, representing Enugu North, swiftly seconded the motion.
Others contribued, including Senator Shehu Sani of the APC, who sought to find a way out for the President while condemning his action. He said the money should be paid back into the coffers of government and due process followed.
He added: “We are not ignorant of the security challenges that is going on in the country and how it affects the stability of our country. I appreciate the efforts of the Ffederal Government to bring an end to the killings in Nigeria but this is no reason to breach the Constitution”.
“This is a gross violation of the Constitution of the Federal Republic of Nigeria. It is very clear to us that we are failing as a government and as a nation. We should be calling for refund and exercise due process.”
Senate President, Dr. Bukola Saraki, however toed the line of Senate Leader, but not without tracing the history of The transaction.
“Distinguished Colleagues, I think we have taken contributions from everyone. I also think that the contribution of the Leader addresses two issues and we must take note of them:
“The question is what are the circumstances surrounding the breach of Constitution and whether those circumstances justify the breach of Constitution.
“I am sure you will all remember that in August 2017, when I got the message from the U.S. Ambassador, that the Senate Committee at the Congress of the United States wanted to visit us because they had received a request from President Trump to approve for payment of the Tucano but they needed Congress approval. Congress wanted to come to Nigeria to speak with their counterparts.
“I led the team with members of the House of Representatives and members here in the Senate and we met with the members of Congress on this issue. We were aware at that time of the issues.
“Between September and February with all due respect, there was ample time for the Executive to have carried us along on this issue. There are arguments for and against and those arguments are valid.
“The suggestion of the Leader, that we should send it to the Judiciary Committee to: 1. Advise whether truly the constitution has been breached; 2. Whether the circumstances justify the breach in any way.
“What do we do going forward in trying to appropriate because the funds have already been spent. Do we go under what the Leader has come under or we start the whole process of appropriating.
“It was after we agreed in September that the US Congress went back to give approval to the Executive to go ahead to sell the Tucano to Nigeria. If you will all agree, we should refer the matter to the Judiciary Committee and give them a short period of time. By Wednesday next week they should present their report to us.”

Don’t play into the hands of agents of disunity, Buhari pleads with Benue people