Source: www.dailypost.com
More reactions have continued to trail the call by General Theophilus Y. Danjuma (retd.) for Nigerians should rise up and defend themselves from killer herdsmen ravaging communities across the country.
This was as a prominent Christian leader, Rev. Gideon Para-Mallam, said the former Defence minister spoke the truth, stressing that, “Danjuma represents forceful truth and it is a bitter pill which is not easy to swallow.
The staff of International Fellowship of Evangelical Students (IFES), in an exclusive interview with DAILY POST, stated that because of poor leadership, “Nigeria is sub-standard and almost a visionless country”.
“TY Danjuma spoke the truth but some people are trying to dig out his past and rub dirt on him. Some going as far as suggesting that he is part of the problem with Nigeria. Who isn’t? he asked.
“Some of us have each contributed our part in bringing Nigeria to where she is today, a sub-standard almost visionless country due to poor leadership.
“I listened to his speech in the video clip and in summary, TY Danjuma spoke of self-defense in the context of, defend your country, territory, your State, God bless our country. What’s wrong with that? 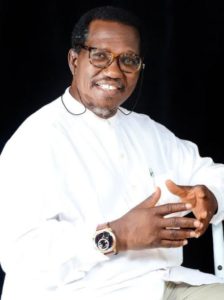 “The counter-attacks on what TY Danjuma said comes as no surprise to some of us, in fact I expected it, more will come! It’s called divide and rule manipulation tactics. It’s subjective psychological intimidation.
“I am glad that objective responsible voices from the north and Nigeria are coming out to say hey, listen or investigate what TY Danjuma said, not attack or try to discredit him. Is the government conscious that they stand discredited in the eyes of many Nigerians today?

Worrisome: two Senators, one Rep pass in a month

How we have moved Nigeria forward despite challenges – Presidency