Breaking…CAN President calls out peaceful protests, as 19 killed in Benue Church by herdsmen

The President of the Christian Association of Nigeria (CAN), Dr. Samson Ayokunle, has called for a peaceful protest by all churches in the country, within church premises on Suday, 29th April, 2018.
His call over the killing of two Catholic priests and 17 parishioners, and burning of of part of a village by suspected armed herdsmen, numbering about 30, also drew the ire of President Muhammadu Buhari, who described the killings as vile and satanic.
Ayokunle’s message titled, “Protest within your Church Vicinity,” lamented: “We are already at a breaking point and a state of anomie is almost here.”
His full post on Whatsapp Wednesday morning reads: “With the killing again of Catholic Faithfuls receiving Mass in a village near Makurdi yesterday and the continuous act of bloodshed, CAN calls on all Christian Churches nationwide to stage peaceful protest within their church vicinity to say No to bloodshed in Nigeria on Sunday, April 29.
“Government should be called upon to perform their constitutional responsibility of protecting citizens now. No excuse should be given for this wicked act again and perpetrators must be brought to book now.
“Similarly, the peaceful protest must demand for the release of Leah Sharibu, the captive of faith and the remaining Chibok girls. All people in captivity must be released without delay. We are already at a breaking point and a state of anomie is almost here. ”
The 17 worshippers and two priests were mauled down by bullets from the herdsmen in Ukpor-Mbalom community in Gwer East Local Government Area of Benue State.
An angry President Muhammadu Buhari described the killing as vile and satanic.
A statement from his office quoted as
extending his condolences to the government and people of Benue State, the Mbalom community, and especially the Bishop, priests and members of the St Ignatius’ Catholic Church, whose premises was the unfortunate venue of the heinous killings by gunmen.
“This latest assault on innocent persons is particularly despicable. Violating a place of worship, killing priests and worshippers is not only vile, evil and satanic, it is clearly calculated to stoke up religious conflict and plunge our communities into endless bloodletting,” the President said.
Stressing that the country will not bow to the machinations of evildoers, President Buhari vowed that the assailants would be hunted down and made to pay for the sacrilege committed.
Channels Television said the armed men reportedly stormed the St. Ignatius’ Catholic Church, during an early morning mass on Tuesday, killing the priests and worshippers. 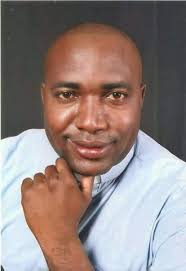 Joseph Gor, one of the killed priests.

The Bishop of St Murray hospital Makurdi where the corpses were deposited confirmed to Channels Television that 13 bodies have so far been recovered.
The attack comes barely four days after the murder of 10 persons by suspected herdsmen in Guma Local Council.
Many innocent persons were killed during the attack which started on Friday night and lasted until the early hours of the next day.
An exasperatexd Commissioner of Police, Fatai Owoseni, said the police and locals have flooded the surrounding bbushes to see if some of the attackers could be tracked and caught.