With additional reports from www.nan.ng
The Minister of Agriculture and Rural Development, Mr Audu Ogbeh says Thailand has accused President Muhammadu Buhari’s government of being responsible for the collapse of its seven rice mills as rice importation from  Nigeria fell drastically.
But the minister’s assertion which he attributed to the Thailand Ambassador to Nigeria conflicts fundamentally with information available in the international space where Thailand bounced back to its prime position as the world exporter of 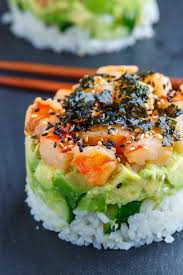 rice; and Nigeria remained on the ladder as one of the largest importers of rice, importing over 2.5 million metric tonnes of rice last year.
The situation is further compounded by the failed promise of local producers of rice to slash the price of 50KG bag of the staple commodity by half to N7,000 before Christmas last year. In fact, the price rose by about 30% to N18,000 and continues to hover there.
The Rice Millers Association of Nigeria (RMAN) and the Rice Farmers Association of Nigeria (RIFAN) stated this at a meeting with Minister of Agriculture and Rural Development, Chief Audu Ogbeh, in Abuja, in October, last year.
President of RIFAN, Mallam Aminu Goronyo, said its members are expecting bumper harvest this season, assuring that the price of the commodity would go down progressively with laudable interventions from the Federal Government.
President of the millers, Mohammed Abubakar, said with the agreement by the farmers to sell one tonne of paddy at N110,000 instead of the present cost of N150,000, they had agreed to crash the price of the produce.
He categorically blamed the Nigeria Customs Service (NCS) for its inability to control smuggling of rice into the country. 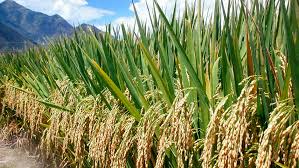 Ogbeh’s latest comments were made at a meeting of the Presidential Fertilizer Initiative (PFI) and leadership of the Fertiliser Producers and Suppliers of Nigeria (FEPSAN) held at the Council Chamber of the Presidential Villa, Abuja, on Friday.
The meeting was presided over by President Muhammadu Buhari.
Ogbeh said Thailand’s Ambassador to Nigeria made the “accusation’’ when he visited him in February.
According to the minister, the ambassador lamented that the collapse of the rice mills has increased the unemployment rate in his country from 1.2 per cent to 4 per cent.
“Just like two weeks ago, the Ambassador of Thailand came to my office and said to me that we have really dealt with them.
“But I asked what did we do wrong and he said unemployment in Thailand was one of the lowest in the world, 1.2 per cent, it has gone up to four per cent because seven giant rice mills have shut down because Nigeria’s import has fallen by 95 per cent on rice alone.
“So, Mr President we thank you for the support and we thank all the agencies and those of you in the private sector for your resilience,’’ he said.
Analysts suspect that the ambassador was being less than truthful, “deceptively trying to turn attention from his country’s nefarious activities in Nigeria.
Statistics of rice importation to the Republic of Benin, most of which finds its way into Nigeria, tells a different story. The Vice President, Prof. Yemi Osinbajo, in the face of the sabotaging effects of the smuggling of rice from that country, issued a subtle threat to Nigeria’s neighbours.
On rice export, the export website, www.worldexport.com, wrote concerning Benin: “Below are the top 15 suppliers from which Benin imported the highest dollar value worth of rice during 2016. Within parenthesis is the percentage change in value for each supplying country since 2012.
India: $352.1 million (up 352.6%)
Thailand: $324.5 million (up 215.9%)
United Arab Emirates: $47.2 million (up 17.7%)
Pakistan: $20.2 million (up 283.6%)
Singapore: $8 million (down -12.6%)
Brazil: $5 million (down -84.4%)
Hong Kong: $4.5 million (down -57.7%)
Japan: $3.8 million (down -46.4%)
China: $2.4 million (down -48.3%)
Vietnam: $1.6 million (up 49.8%)
Lebanon: $1.1 million (up 53,100%)
Malaysia: $1.1 million (up 59.3%)
Taiwan: $453,000 (no change)
Côte d’Ivoire: $421,000 (down -56.3%)
Sri Lanka: $411,000 (down 0%)
“The listed 15 countries shipped 99.9% of all Beninese rice imports in 2016.
“Among the above countries, the fastest-growing suppliers of rice to Benin since 2012 were: Lebanon (up 53,100%), India (up 352.6%), Pakistan (up 283.6%) and Thailand (up 215.9%).
“Countries that experienced declines in the value of their rice supplies to Beninese importers included: Brazil (down -84.4%), Hong Kong (down -57.7%), Côte d’Ivoire (down -56.3%) and China (down -48.3%).
“Overall, the value of Beninese rice imports were up by an average 145.4% from all supplying countries since 2012 when rice purchases were valued at $315.2 million.”
On its site, www.worldatlas.com, reports that according to the latest figures, the major importers of rice in the world are China, Nigeria, the European Union, Saudi Arabia, and the Philippines. China leads the world’s countries in rice imports by importing 5,000,000 metric tons of rice in 2016/17.
But www.statista.com lists principal rice importing countries worldwide in 2017/2018 as of February 2018 as China 5,500,000, Nigeria2,600,000, European Union1,900,000, Bangladesh1,600,000, Cote d’Ivoire1,500,000, Saudi Arabia1,450,000, Iran1,300,000, Philippines1,300,000, Iraq1,100,000, and Senegal1,100,000.
At the neeting in the State House, Ogbeh, raised the same concern of local rice producers and Osinbajo, alerting the nation on what he described as alarming smuggling of fake fertiliser and rice along the western borders of the country.
He, therefore, called on the Federal Government to take drastic measures to check the trend as all previous diplomatic measures had failed to address the menace.
“But one last request Mr President, we have to take one strong measure against our neighbour to the West. The smuggling is really compromising our capacity on our result.
“Too much rice, too much fake fertilizer is still coming across the borders into this country in spite of the Memorandum of Understanding (MoU) we have with them they are not listening.
“Maybe if the Federal Government takes one tough action, they will come and renegotiate the terms because good neighbourliness means reciprocity.
“We can’t be allowing them to survive at our own expense and I believe that we will do something about it,’’ he said.
Ogbeh appealed to FEPSAN to adjust their blending formula using little more micro nutrients for some crops like cocoa, cashew, plantain, banana and others that would soon be revived by his ministry.
The minister noted that the agricultural sector had created millions of jobs for Nigerians in the last two years.
He said: “People may say what they like about jobs. Recently I heard that we lost four million jobs. Nobody has calculated the millions and millions of jobs created on the farms.
“So, this programme as it grows can only make us stronger.
“As soon as more dams and lakes are put in place, you begin to sell fertilizer all year round and not wait for the rainy season alone.’’