Despite assurances from the Kogi State Government, another Igala community, Agbenema Ojichekpa, was Monday attacked by alleged Fulani militia men, in what is seen as reprisal attacks by gun men recruited by aggrieved herdsmen who claim to have lost cattle and men in Igala land.
No casualty figures have been officially released as the police kept mum when journalists called.
The latest killings took place Monday in Agbenema Ajichekpa where 10 persons, including a traditional ruler, the Onu Agbenema, Musa Edibo; and his wife were killed.
Not less than 30 persons have died in the last one week in Ogane Nigu in Dekina Local Government Area as well as Omala following attacks by the foot soldiers of aggrieved herders,. Many were reportedly missing or displaced; and homes and goods worth hundreds of millions of Naira destroyed by the mindless attackers.
Recall that Kogi State Governor, Mr. Yahaya Bello, the strongest proponent in the north central geo-political zone of the country of having a cattle colony, has expressed dismay at the attacks.
He gave marching orders to the security forces, led by soldiers, to protect the rural dwellers and fish out perpetrators of the attacks. His chief of staff, Mr. Edward Onoja, promised government’s resolve to open up roads to most of the difficult-to-reach communities.
Kogi East Senatorial District Senator, Attai Aidoko, brought the plight of his community to the National Assembly, highlighting a new dimension where the militia now amputate their victims. 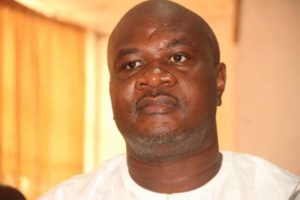 Said Aidoko at the Senate: “This is a violent attack on the people of Oganenigu in Dekina Local Government and Omala Local Government of Kogi state by Fulani herdsmen.
“The Senate notes that on Wednesday 14th March 2018, no fewer than 20 people were killed in a violent attack on the people of Dekina Local Government and 12 people gruesomely killed in Omala local government of Kogi state by Fulani herdsmen.
“The Senate is concerned that despite the widespread condemnation of the killings going on in other parts of the country, the perpetrators of this heinous crimes have not been arrested and persecuted by the Nigerian Police Force. This has led to the continuation of the killings in the country.
“The Senate is worried that the incessant attack impedes all well-meaning efforts at peace building.”
The founder of “Who is Who Foundation” and organiser Igala Cultural Festival, Chief Hilary Amodu, condemned the killings.
Amodu, in a press statement in Abuja, sympathized with the Atta Igala, the Igala Traditional Council and the entire Igala nation over the incident and prayed God Almighty for the repose the souls of those killed alleged Fulani herdsmen.
He commended the state government for its urgent action and advised that necessary measures be put in place to avoid similar development in other parts of the state. He further called on the relevant authorities to bring the perpetrators of the killings to book.
He described the people of Oganenigu as peaceful and accomodative, adding that these attributes should not be mistaken for cowardice.
Everyday.ng reported last week that at least 10 persons were feared dead in Oganenigu in Dekina Local Government Area of Kogi State after suspected Fulani herdsmen, stormed the area.
A source said the herdsmen came in boats with firearms, fanning through two communities in the Oganenigu ward last weekTuesday evening shooting, killing, and razing homes.
But soldiers in trucks were said to have arrived Oganenigu Aloko to offer protection to the 13 communities in the ward as many fled to Iyale town. “Those on ground in many communities are members of local vigilance groups repelling the Fulani men wielding their AK rifles. Many are reportedly missing after fleeing into bushes, so a clear figure of those dead or wounded is not immediately known,” a source said.
Another source said: “Fulanis have invaded Oganenigu. I am told they are in their hundreds and that our people are almost being overwhelmed. At the same time, there is palpable tension in Omala.”
Meanwhile, there are reports that a new set of Fulani terrorists have crossed into Omala Local government area through the River Benue from Nasarawa State. They are said to be camped in the Obakume forest, preparing for attacks on Abejukolo, the local government headquarters and adjoining villages.
National President of the Ife (Omala) Development Association, Dr James Odaudu had appealed to both the Federal and Kogi State Governments to take urgent steps to forestall the planned attacks.
According to him, the people are yet to recover from last year’s attacks on Bagana and other villages in the local government which led to a number of deaths. Odaudu also appealed to the people to refrain from actions capable of breaching the peace.
The attack in Kogi is coming two years after a similar onslaught when sectarian violence led to the death of four Fulani men and unspecified number of their animals. The herdsmen were said to be fleeing from Benue State where they were being overwhelmed.
An indigene said the latest attack may be to avenge the events of 2016.
Two Saturday ago, a middle aged man, Mr. Joshua Angulu Adejoh, was reportedly killed on his farm in Abejukolo.
It was not clear if this event triggered the latest reprisal attacks because the herdsmen who allegedly killed the farmer abandoned their cattle after members of the local vigilance pursued them.
Media reports quoted the Special Adviser to Omala Local government area Chairman, Mr. Stephen Shaibu, as saying, “the killing is regrettable because of the Chairman’s commitment to peace between herdsmen and farmers.”
Herdsmen appear to have gone on a killing binge in the middle-belt of the country erasing hundreds of lives in Taraba, Adamawa, Benue, and Plateau States.
The herders have also claimed losses in human lives and cattle across these States, in what appears to be a never-ending disagreement between pastmoralists and farmers
In the last one week, not less than 40 have died on both sides of the herders and farmers divides in Plateau State. Just Wednesday, two security personnel were also killed as herdsmen chanting “Allah Anbar” killed five persons in Dong village in the Jo’s North Local Government Area.