Strong parties, like in South Africa, key to delivering dividends of democracy – Dogara

Speaker of the House of Representatives, Hon. Yakubu Dogara, has called for the strengthening of political parties in Nigeria in order to make them more competitive.
He said this while receiving a delegation from the International Republican Institute, led by its President, Mr. Daniel Twinning.
He raised concerns about prevalent practices in political parties wherebm elected officials are termed leaders of the party. He said that this prevents parties from being truly independent and warned of attendant consequences on the democratic process.
“There is one problem that we must address in this country and that is that elected officials, especially those in the Executive, are always regarded as leaders of the political parties. That is where we have a very serious problem in this country and if an elected Executive is the leader of the political party, the situation you find on ground is that every political actor within the entire party architecture must pander to the whims and caprices of that elected official.”
He stressed the need to strengthen political parties by untying them from the apron strings of elected officials, especially in the Executive arm f government, noting that current happenings in South Africa demonstrated that political parties in that country are actually independent.
Recall that the former South African President resigned as the country’s leader after he was recalled by ruling African National Congress (ANC). His deputy, Cyril Ramaphosa, took over following his choice by the parliament. 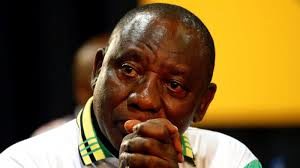 Speaker Dogara also observed that though the electoral process is of utmost importance, emphasis must also be laid on ensuring that credible elections translate into good governance and delivering dividends of democracy.
“The concern before was that when you begin to talk about democracy, people just go straight to the ballot. Even though the ballot is essential for the growth and sustenance of democracy in ensuring that the will of the people is not supplanted in the process of translating that will from the choices the citizens have made to positions in governance. But the ballot has also produced enemies of democracy and democracy has to be competitive.”
“For it to be competitive, the political parties must be very strong in the sense that they can cooperate but at least, they must remain competitive. If they are not competitive at the end of the day, it may be one political structure mushrooming into other political structures. We had that kind of situation in Nigeria here, where I think one of the late sages in Nigeria described the five political parties in Nigeria as fingers of a leprous hand.”
“The challenge is not just organising elections that are transparent, competitive and meet all the criteria of a democratic election, but the point is what does that election translate into in the effective running of the government and the delivery of what we know here locally as dividends of democracy?”
The Speaker further stressed the need to deepen democracy in Nigeria in order to live up to the yearnings and expectations of the Nigerian people.
“It may not be the best, but the point is, it is the best that we know and we have to do everything possible to ensure that we deepen our democratic experience and practices in such a way that governance will meet the expectations and yearnings of citizens.”
Speaking earlier during the visit, the President of the International Republican Institute (IRI), Mr. Daniel Twinning stated that the work of the organisation is focused on helping political parties to be more competitive, more transparent and supporting democratic engagement.
He revealed that a major underlying reason for the meeting is to get political parties to interact more with elected officials and stressed the importance of following manifestos.
Mr. Twinning also spoke on the importance of Nigeria to democratic development not just in Africa, but on a global scale.
“We think Nigeria is central to the future of Africa and central to the future of the world. We are really excited by what is happening in Nigeria. We see all over the world how democracy is under pressure including in the developed world from populism to extremism from young people who don’t feel connected to the system. Part of our work is really about trying to optimise democracy and help it deliver for the public.”