Details are sketchy, but the pregnant woman rescued from the hands of alleged kidnappers, but gave birth later in a nearby hospital, has died.
There are suspicions she died as a result of complications from the attack she suffered in the hands of her attackers, before she was rescued by road safety officials.
Below is an earlier statement, Sunday, on the woman’s ordeal by the Federal Road Safety  Corps (FRSC).
__________________________________________
By Bisi Kazeem,  Corps Commander, Corps Public Education Officer, FRSC.
At about 0730HRS this morning of Sunday 25th February, 2018, a team of Badagry Unit of FRSC led by Assistant Route Commander P Danboyi accosted a vehicle with registration number KTU 356 CE at AP filling station before Aradagun Bus stop in Badagry, Lagos. In the vehicle were two suspected kidnappers (male) and a pregnant woman who was their victim. The pregnant woman sustained body injuries and was rescued to Ola-Oki hospital Ibereko where she immediately gave birth to a baby boy. 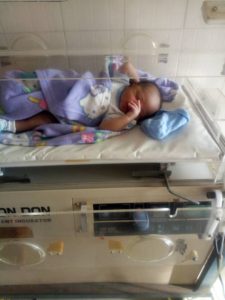 The baby boy birthed by the rescued woman.

The two kidnappers were about been burnt by irate mob when some soldiers arrived the scene and arrested them and handed them over to the Nigeria Police in Badagry. 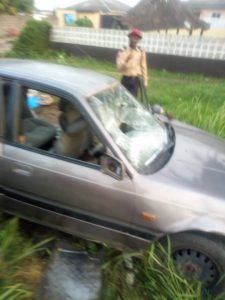 The Corps Marshal of FRSC, Dr Boboye Oyeyemi has expressed appreciation to the gallant officers and commended them for their bravery while assuring the members of the public that his men are not only on the road to see to their traffic safety but also their security by cooperating with other law enforcement agencies to shield them from marauders and bandits.

How Yar’Adua Picked Jonathan as Running Mate, by Ali