Copyright 2021 - All Right Reserved
Home Features Bayelsa’s Restoration Government at Six: This is not a Footnote
Features

Bayelsa’s Restoration Government at Six: This is not a Footnote

By  Michael Afenfia
The Inter-Ministerial/Agency Briefing organised by the Hon. Daniel Iworiso-Markson led Ministry of Information & Orientation started off at the Gabriel Okara Cultural Centre on Monday 22nd January 2018 with a bang. The essence of the programme as enunciated by the Commissioner in his welcome remarks at the flag-off, and boldly printed on the backdrop at the venue, is to present the scorecard of the Restoration Government to Bayelsans and the media in the build-up to the 6th year mark since coming into office.
To say I was enthralled by the presentation of the Commissioner for Works and Infrastructural Development, Hon. Lawrence Ewhrudjakpo who led the charge on the first day of the programme, would be an understatement. It was not his clever and generous deployment of proverbs in the course of his presentation that got me; rather, it was the confidence he exuded as he reeled out facts, figures, statistics, updates and justifications for project after project after project. 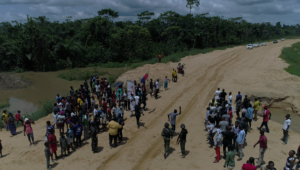 The tone was set, and the bar of course set even higher from the get-go. As Commissioner after Commissioner take the hot seat in the coming days, I am confident they won’t disappoint. The programme is not propaganda, but an accurate and honest account of what “was” and what “is.” In situations like these, when top government functionaries are invited to give account of their stewardship, disappointments come about when facts are distorted, manufactured or simply nonexistent.
This is not the case in Bayelsa State; it certainly cannot be the case when a man with credibility and drive like Honourable Henry Seriake Dickson is in charge as Governor and Chief Executive Officer of one of the youngest States in the country.
One of the most profound statements I have heard him say, and he has said quite a lot whenever he is called upon to speak at state, national or international gatherings, was made on the heels of his victory at the supreme court after the main contender for the governorship seat challenged the people’s mandate in the tribunal. Governor Henry Seriake Dickson said and I quote: “ Probably, when the history of this period will be written, it is possible that all the schools, roads and bridges we are building, that people are giving us credit for, will end up as a footnote. Most of what history will record in our favour is that the greatest contribution we made for the survival of our people is that we were able to defend the honour and integrity of Bayelsa and the Ijaw nation.”
Clearly, Honourable Dickson’s position on electoral justice was strengthened by the ordeal he and Bayelsans went through in the hands of anti-democratic players during the December 2015 elections that spilled over into January 2016 becomes of the artillery commissioned in places like Southern Ijaw, Nembe, Brass and parts of Ekeremor local government areas. Governor Dickson overcame, but in his victory there is a lesson for the history books and scholars of political strategy.
As important as that lesson is for our nation, of equal importance are the legacy projects across every sector inherited or wholly conceived, initiated and completed by Honourable Henry Seriake Dickson since becoming governor of Bayelsa State, because of their implications for the future of Bayelsa, the Jerusalem of the Ijaw Nation.
The ongoing inter-ministerial briefing is not for show-off; it is a feedback mechanism for reporting and sensitising the populace on the silent revolution that began in the state in February 2012. It is intended as proof to those, who on social media, on the pages of newspapers and on radio and television have asked, “Wetin Dickson dey take our money do sef?” It is to let them know that so much development and transformation have taken place in the state in the last six years.
Going into this first of its kind Inter-Ministerial/Agency briefing sessions, I had a list of programmes and projects undertaken by the current administration, but by the end of day three, I realised that my list is far from exhaustive and must be updated. I realise also that I cannot touch on all the areas and sectors the Governor has revamped and breathe a new lease of life into in this one article. Because of this, I would limit this serving of performance per excellence to just a few areas, with the hope that there would be many more instalments of this great success story. It is important that the whole world knows this.
What Governor Dickson has achieved in Bayelsa State in the last 6 years, goes beyond the specifics of projects and their geographical and sectoral spread. It is more about impact – the impact his revolutionary programmes, policies and projects have had and will continue to have on the lives of Bayelsans, on the landscape of their communities and cities, on the economy of the people and on the psyche of the current and future leaders of the state. 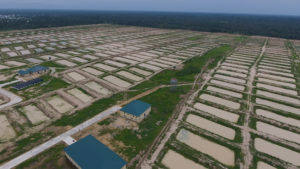 For now, I will limit myself to Works, Infrastructure and Health. On these, let me begin with the less tangible or obvious – things the Restoration Government have done that can be quite easily overlooked, glossed over or taken for granted, with the hope that it starts a conversation and cause cynics and any doubting Thomas out there to come and see things for themselves.
The idea of having an airport in Bayelsa State seemed like a pipe dream six years ago. Quite frankly, it wasn’t something I imagined would happen in my lifetime, but here we are only a couple of months until that dream becomes a reality courtesy of the vision and tenacity of a man with the foresight to see something magnificent when others looked and saw desolation. The Bayelsa International Airport, Amassoma is only a few more concrete mixes and equipment installation away from receiving its first cargo – and the opportunities for businesses, travel and leisure for the state are boundless.
If you are familiar with the Bayelsa terrain, then the sight of vehicles driving all the way to Nembe and now to communities on the western senatorial flank of the state from Sagbama all the way to Aleibiri is nothing short of a miracle. Governor Dickson did it this past December in keeping with a promise he made a few months earlier to visit with the chiefs, elders and people of the area on Christmas day.
Connecting the senatorial roads to Yenagoa was a dream conceived over forty years ago. The Restoration Government made it happen in the last six. I know that the impact of this remarkable achievement has not sunk in for most people, but one day it will. When that day comes, and people cannot remember a time when cars didn’t get to all these places, there’d be an old woman somewhere in Ekeremor telling her grandchildren that her own grandmother told her that between 2012 and 2020, a man from Toru Orua called Dickson served as Governor of Bayelsa State and he made it happen.
But that’s not only what posterity will record for Governor Henry Seriake Dickson. He will be credited for the following completed road and infrastructure projects:
Dualised Diete Spiff Road, Azikoro Road, Eradiri Road, Road Safety Road, Water Board Road and Hospital Road. Roads constructed are – the Amassoma/Tombia Road, Igbogene Access Road, Restoration Flyover, Bayelsa Palm Road, Deeper Life Road, Justice Tabai Road, Swali/Oxbow Lake Road, Hero’s Park Access Road, Toru-Ebeni/Ogobiri Road, and the list goes on and on.
On infrastructure and public buildings, the list of completed projects includes the Ecumenical Centre, Governor’s Office, Oxbow Lake Pavilion, Multi-Door Court House, Boro Town Residential Buildings, State Archive, Additional Secretariat Blocks, Heliport Terminal and again the list goes on and on. 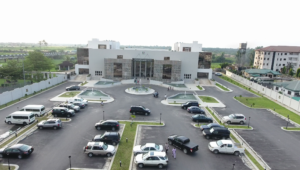 It is important to mention that the cost of undertaking any structural development in Bayelsa State is, in most cases, about thrice the cost of undertaking identical development elsewhere in the country. This is because in Bayelsa State, you have to first create the land to build on or construct a road.
So, if the truth is to be told, Governor Henry Seriake Dickson has made such a tremendous impact building roads and bridges and carrying out landmark infrastructural projects in Bayelsa State that cannot be overlooked. Surely, as I have realised from the on-going Inter-Ministerial Briefing, when the history of these times is written sometime in the future, the scorecards being presented at this event would not constitute footnotes. They would be chapters, very lengthy and instructive chapters at that, in the chronicles of the modern Bayelsa.

The facts about NIA DG, by Presidency