As Benue State marked its blackest Thursday in recent history the Deputy President of the Senate, Senator Ike Ekweremadu, has called for the de-centralisation of policing in the country, while commiserating with the government and people of the State on the mass burial of the victims of the recent suspected herdsmen attacks.

Ekweremadu expressed sadness over the preventable loss of lives in Nigeria and said: “This is a black Thursday, not only for the people of Benue State, but also for the entire nation. My heartfelt condolences go to the government and people of Benue State as the victims of the suspected herdsmen attacks are committed to mother earth.

“While I join fellow Nigerians to pray for the peaceful repose of the souls of the victims and for fortitude to those who lost their loved ones, let me reiterate that we must avert such future occurrences by urgently rethinking our security system.

“As I have always maintained, the reasonable thing to do right away is to decentralise our police system to enable every federating unit to take its fate in its own hand in effectively protecting the lives and property of its citizens and residents. This is the primary object of government”. 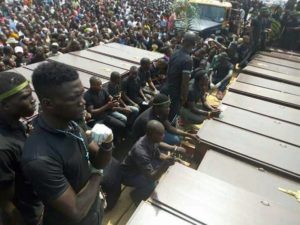 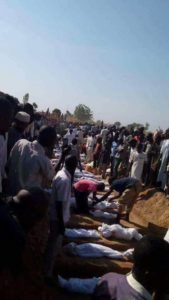 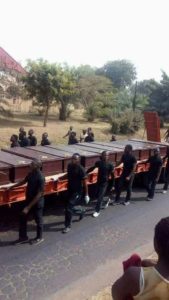