Opinion: Fr. Mbaka And The Voice Of God 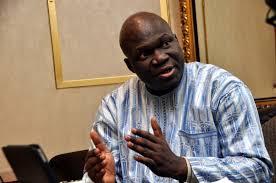 Fayose says he could end up a cleric, urges PDP, APC to look for young, dynamic candidates

Our pain, by Benue indigenes’ associations