Nine days after his abduction, the brother of the Catholic Bishop of the Sokoto Diocese, Bishop Mathew Hassan Kukah, and King of Ikulu Kingdom in southern Kaduna, Mallam Yohanna Sidi Kukah, has been set free by his abdctors.
Details on his freedom were not given, but a statement from the Ikulu Traditional Council on Thursday signed by one AllahMagani Yohanna reads: “With gratitude to God, we, the entire Ikulu Nation wish to announce the release of our Royal Father, HRH Mal. Yohanna Sidi Kukah, the Agwom Akulu this afternoon.
“He was abducted by armed gun men on the night of January 2nd, 2018 at his residence in Anchuna. He is hale and hearty.
“We will like to thank the security agencies, various religious and traditional rulers, the media and the general public for their support, prayers and solidarity..
Bishop Kukah could not be reached for comments, but another of the King’s younged brother, Samuel, was quoted on his Facebook page as having confirmed his release. 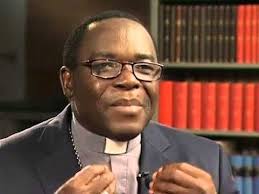 Benue killings: One too many, says Uniport Alumni president

How and why we killed Omoku people, by gang member

Why Makurdi should have a Catholic varsity, by Ortom