But his Nasarawa counterpart, Tanko Al-Makura does not find the disclosure funny and flatly denied the allegation. Al-Makura says that the Tunga community has been housing thousands of refugees, fleeing the crisis in Benue. 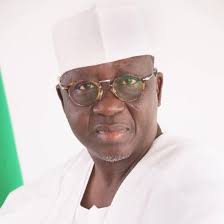 The bickering is on as the Inspector-General of Police, IGP Idris Ibrahim, moves his base to Benue State to contain the killings there. He was ordered to move there by the President, amidst questions by security analysts why soldiers are not in the forefront of the onslaught against therampaging herdsmen.
A statement by the Police gives further details on the movement of the Police boss: “In compliance with the Presidential directives, the IGP is moving into Benue state with additional Five (5) Units of Police Mobile Force (PMF) making a total of Ten (10) Units of PMF deployed in the State which is in addition to other Police formations on the ground in the State before the crisis. More Units of the Police Special Forces, Counter Terrorism Units, and Conventional Policemen are already being deployed to the State as at this time today to comply in totality with the Presidential order.”
On Tuesday accused, Orton reiterated his accusation that the leadership of Miyetti Allah Kautal Hore, a group of Fulani cattle breeders in the country, is responsible for killings in his State. He spoke after a closed-door meeting with President Muhammadu Buhari in Abuja.
His words: “I had to brief him (President Buhari), he is also doing further investigation to know the next line of action. I believe that my request that the leadership of Miyetti Allah Kautal Hore, who had earlier threatened and I accused them directly, since June last year, I have been writing to the leadership of security agencies, that these people are a threat to our collective interest and they must be dealt with.
“They must be arrested and prosecuted because we cannot allow impunity to continue to thrive. And of course threat and no action has resulted in this killing and I think that Mr. President will also do the needful to ensure something is done.”
He spoke as Police confirmed information he gave that the herdsmen killed two policemen like slaughtered goats.
“And it is taking a different dimension. Just yesterday (Monday) in Logo local government, mobile policemen that were deployed to Logo to keep vigil to protect the people and the land; these militia came, exchanged fire with them, caught two of them and slaughtered them like goats — mobile policemen!” he said.
“They shot another one, macheted him and left him in the pool of his blood but luckily he did not die. We have taken him to the hospital, we are treating him, the other one that was declared missing was found today..”