Copyright 2021 - All Right Reserved
Home Uncategorized Blast from the past: Nigerian Airways
Uncategorized

Blast from the past: Nigerian Airways

By Yohanna Ibn Sarki.
All these were not too far back. An outstanding Fleet in Africa at that time. What went wrong, what went wrong…….If we did it then and have truly learnt out lessons, we can do it again….
Reputed to have had some of the best pilots…where are they…? Where are the planes…? Where are the promises over the years (by the military and the PDP)?…where is the campaign promise by APC to revive a national airline…as other counties’ airlines rip us off of over $6 billion yearly…. God bless Nigeria. 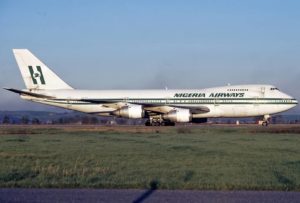 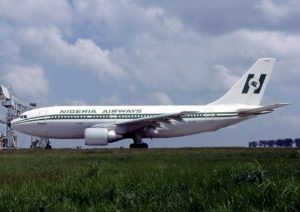 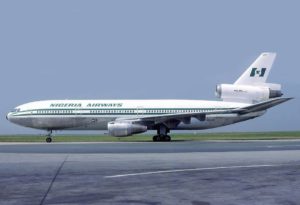 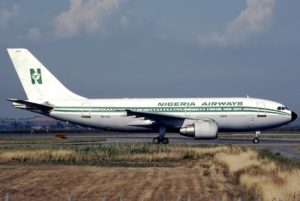 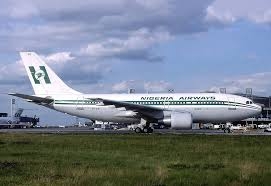 ________________________________________
Nigeria Loses over $6,4bn Annually to Non-reciprocity of BASA.
Source: Thisday
Chinedu Eze
Aviation industry experts have projected that the federal government is losing over $6.4 billion annually from non-payment of royalty by foreign carriers.
This, according to the experts, is the amount that was supposed to be paid by international operators as Nigerian airlines are incapable of reciprocating the number of frequencies operated by these foreign carriers due to lack of capacity and the fact that Nigeria does not have strong airlines that operate many international destinations.
Every year, foreign airlines airlift about 4 million passengers annually from Nigeria.
In 2016, the total number of passengers that passed through the nation’s airports were 15. 2 million and about 4.2 million were airlifted by foreign carriers.
In the principle of Bilateral Air Service Agreement (BASA), every airline that operates into the country should have a Nigerian airline operating into that country with the same number of frequencies.
But in a situation where Nigeria does not have the capacity to provide strong airlines to respond to the number of frequencies, commercial agreement is reached between representatives of both countries whereby the airline that operates to Nigeria should have to pay royalty to the country for the number of frequencies which Nigerian airlines do not reciprocate and this is paid per passenger.
About four years ago, the federal government abrogated the payment of royalties by foreign airlines in response to the request made by the International Air Transport Association (IATA) but did not adopt slot allocation, which is another source of income for government that makes foreign carriers to pay for landing rights.
But the new policy might not have been backed by white paper, as enshrined in Civil Service rules; but that had given some foreign airlines the window to extricate themselves from such payments.
Recently at the inaugural flight of Medview Airline to Dubai, the Nigeria Ambassador to the United Arab Emirates, Mohammed Dansata Rimi lamented the non-reciprocity of foreign airlines operation to Nigeria by domestic carriers and said that the country is losing a lot of revenues because these airlines come to Nigeria to take the nation’s wealth away but Nigerian airlines are not bringing wealth from other parts of the world to the country.
“We have not been able to reciprocate the BASA because Etihad and Emirates are operating to Nigeria, but no Nigerian airline is operating to Dubai before now,” the Ambassador said.
Industry consultant and CEO of Belujane Konsult, Chris Aligbe, said that Nigeria would continue to lose huge revenues from non-reciprocity of foreign airline operation in Nigeria until the country establishes its own national carrier.
Aligbe said that before the defunct Nigeria Airways Limited (NAL) went under, it was the one that negotiated commercial agreement with foreign airlines and that as far as officials in the Ministry of Transportation and doing the negotiation, Nigeria would continue to be shortchanged.
“We need string carriers. The exploitation of Nigeria by foreign airlines started after the demise of Nigeria Airways. But the fact that it is not these foreign airlines that should be blamed; it is us that should be blamed. This is because nobody allows a vacuum; once there is a vacuum something comes to fill it. If you know the huge amount of money that these airlines repatriate every day you will see the need why we need a national carrier,” Aligbe said.
International aviation consultant and the former Secretary-General of Africa Airlines Association (AFRAA), Nick Fadugba has dismissed the agitation going on in the country, demanding that most of the BASA deals with other countries should be renegotiated, noting that it would be difficult to renegotiate some of the agreements.
“When I look at BASA in Nigeria, it is like we opened the stable door, and the horse has gone and to catch it back it is going to be very difficult. We entered into BASA agreements with numerous countries, the principle of BASA is reciprocity and yet we entered into BASA and we are not able to reciprocate. Why? Because we don’t have the airlines and why don’t we have the airlines? It is because they are weak, small and under capitalised