CAN officials meet Buhari, praise him over anti-corruption fight, Chibko girls; but ask, why are Fulani herdsmen untouchable? 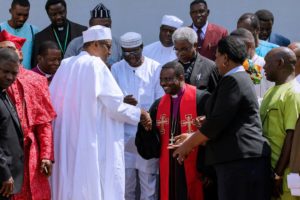