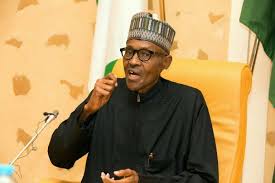 Following comments by the Nigerian Labour Congress (NLC) that some Governors’ mishandling of the Paris Club refunds necessitated President Muhammadu Buhari calling on them, at a meeting with traditional rulers, to pay their workers and pensioners; the Nigeria Governors Forum Secretariat has reacted that the President made no mention of the Paris Club refund or its mismanagement.
The NGF also said the trouble between its Chairman, Governor Yari of Zamfara State and Stae workers, who have downed tools,  had nothing to do with non-payment of salaries, but a request for increment by workers.
Last Monday, President Buhari told traditional rulers: “We have to digress this much because I would like to convince you that I’m living with the problems of this country day-by-day, and mostly those of the ordinary people.
“There are Nigerians that haven’t been paid for six months; there are Nigerians that have not been paid their retirement benefits for years.
“I’m appealing to the governors, (that was why we voted money, we borrowed money), please make sure anybody under you, pay them because most of them depend on that salary to pay rent, school fees,’’ he said.
But in a statement by the NGF Secretariat signed by spokesman Abdulrazaque Barkindo, the governors said Governors are doing their best to mitigate poverty in the country adding that some elements in country are working hard to obliterate the fact for selfish reasons.
He noted that it was why the Nigeria Labour Congress, NLC, was being misled into a tirade on things that President Muhammadu Buhari never said.
The statement read further: “The Nigeria Labour Congress yesterday, reacting to an erroneous publication which misunderstood the content of President Muhammadu Buhari’s statement to the nation’s traditional rulers, threatened to name and shame governors who did not apply “voted funds and borrowed funds” judiciously.
“Following a publication in the media which said President “Buhari decries the handling of Paris Club refunds” when the president met traditional rulers at the Aso Rock Villa in Abuja, labour cashed in on the false publication to issue its threat.
“For the avoidance of doubt, there is, nowhere in President Buhari’s statement where he mentioned Paris Club and it is unfair for anyone to attempt to bring the state governors and the presidency on collision course.
“Moreover, there is, so far, no investigation known to any governor on the Paris Club refunds regarding non-payment of salaries, talk less of any indictment. Furthermore, the Paris Club refund was not borrowed money but an over-deduction from states’ repayments of a loan which the Federal Government is repaying to states that were erroneously debited.
“It is also not just saddening but painful that the NLC, a very respectable union, is being misinformed into casting aspersions on the person of the Chairman of the Nigeria Governors’ Forum, Alhaji Abdulaziz Yari Abubakar who, has respectfully fulfilled all promises he made to the Zamfara workers.
“For example, the reference to the strike action currently going on in Zamfara state by the workforce is not only misplaced but uncalled for because it has nothing to do with non-payment or non-judicious disbursement of the Paris Club refunds. It is important to state, without fear of contradiction, that the Zamfara state government is up-to-date on the payment of workers’ salaries.
“What the state workers are protesting, without prejudice to the Paris Club refunds, is the increment in wages to primary school teachers, Local Government workers and the increment of pensioners emoluments. Both demands, according to the Zamfara State Government are unrealistic in the current state of affairs.
“This, as has been reiterated, for the umpteenth time by the Zamfara State Government, that it is not in a position to meet those demands because of the dire state of not just Zamfara State but the nation’s economy in general.
“However, it is important to repeat here that the current euphoria over the efforts of the nation to free itself from recession would not have been achieved without the full cooperation of the states, where fiscal discipline and other reforms are being entrenched and institutionalized.
“Indeed, the relationship between the president and governors could not have been better than it is at the moment. The Nigeria Governors’ Forum therefore advises those who report the president’s activities to always report only what the president says and not put words in the president’s mouth as this could sometimes be counter-productive.”
Recall that the Nigeria Labour Congress (NLC) on Tuesday, named Zamfara, Kogi, Ekiti, and Benue among those that allegedly mismanaged Paris Club refund.
It also wrote President Buhari not to give the third and final tranche of the funds to States because of previous mismanagement.

SAID NLC President Aliyu Wabba: “It is our letter he was reacting to. At our CWC meeting, we called on him not to release the last tranche of the Paris Club refund to the states because the governors have not kept their word”, he said.
“You remember that Chairman of the Governors’ Forum alluded to the fact that they are committed to using the money to address the issue of liability of pension and salaries. Unfortunately, the Chairman of the Governors’ Forum has not lived up to those words.
“As you are aware, our workers in Zamfara have shut down the state. He himself that made the pronouncement could not honoured the words that he pronounced on behalf of his colleagues. That is to show the level of deceit that is actually in the system and that is why we decided to write to the President to ensure that, there is a level of accountability to show that he is actually on the same page with the governors.
“Before the second tranche was released, they made commitments and used the payment of workers salaries and pensions as a bait to get the President to approve and get the money across to them. But immediately they got the money, majority of them diverted the money. Right now, we have a standard data as to what the situation is in all states of the Federation.
“Let me make the point that some have actually judiciously untilise their own, but states like Ekiti, Kogi, Benue, Zamafara among is even refused to make available what they received.
“You remember what happened at the Kogi state House of Assembly where a member raised a motion to demand accountability on the issue of the Paris Club refund and that resulted in the chaos we witnessed in the Assembly. That member had his head broken and the Speaker removed. That is the level of decay that is prevailing in some of those states.
“It means that Mr President is in touch with the real issues that is happening in every state. The fact that he is aware that some of the governors have not utilized the money in the direction that he appealed to them means that he is aware of what is happening.
“So, I think that going forward, we must demand for accountability. We are also aware that a lot of information is already in the public domain where a lot of them resorted to the use of consultants.
“We learnt that about 5 percent was deducted from source and used for the payment of consultants which eventually ended up in peoples pocket. We are also aware of those that diverted the money to build hotels and pay mortgages. It is really a bad situation.
“If we must fight corruption, those issues are issues that we must follow up and fight the, to their logical conclusion. Having made that pronouncement, I think k he should be commended, but we must also demand accountability from these people.
“In some of the states, our members used the freedom of information act to demand how these money were utilized, but there has been no responses and I think that is most unfortunate. We have records of those states. We have also promised that we are going to name and shame those states that has not adequately utilized the bail out.
“We are working on the data and once they are ready, we will make the, available and we are going to engage states that has not transparently utilized the bail out fund for the purpose that it was meant for and for the benefit of their people. That is where we are now and it is not a good situation at all and that is why the situation of workers have not improved.
“Despite the fact that some efforts have gone in, the situation of workers have not I proved because there has been no transparency in some states in the utilization of those funds. Let me emphasized that some states have done extremely well and we are going to point this out very clearly.”

Why we did not disqualify Buhari, Judge Auta