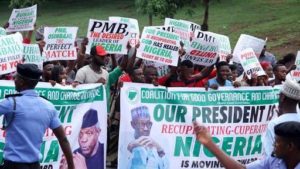 Video: The visit to Buhari by Lai & company