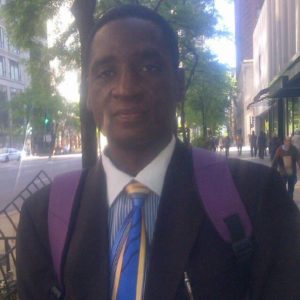 Nigeria Christian Graduate Fellowship (NCGF) has applauded the Nigerian Educational Research and Development Council (NERDC), the Christian Association of Nigeria (CAN) and the presidency for the maturity shown since 2015 in the handling of the observed anomalies in the nine-year basic education curriculum document.
The group stated that its battle over the anomalies was not against any personality, government or institution, rather against a systemic failure that failed to pursue best practices in matters that affect posterity.
In a statement by its President Prof Charles Adeyinka Adisa; and Secretary-General, Onyenachi Nwaegeruo, the NCGF expressed appreciation at how Prof. Junaid and his management team in NERDC, “open~heartedly  received” its members within 48 hours of notice of its intention to meet with the council in 2015 and since then we have remained in contact on how this issue can be resolved in the interest of the nation.
“We recognize their challenges and limitations,” the Fellowship adds.
The statement reads further: “We therefore request that all comments should still remain within the domain of decorum and civility as against hate, mudslinging, name calling and bigotic  altercations. After all, those who midwifed the curriculum being majorly  Christiavns didn’t willfully intend to undermine the Christian faith, only that they demonstrated ignorance of dynamics of multi religious entity called Nigeria.
“Rather than indict the present leadership of NERDC who only inherited the document we call on them to show political will to redress the anomalies by urgently conceding to call for review. Let them collate all the inputs so far , particularly the 14 point demand by NCGF  which we believe represents the interest of all Christians in the matter. We also expect the NERDC to encourage the states ministries of education who have delisted CRK in their examination programs to relist them as well as accede to effort on recruitment of subject teachers. In this way NERDC will show itself as a responsible and responsive nation building agency.
“We thank all as we look forward to all stakeholders meeting on this matter.”
The issues the group raised with the Basic Education curriculum are:
1. On pages 17 and 46 of the “Religion and National Values”  curriculum for Primary one to three (Primary 1-3) are statements that are not only inciting but derogatory to a particular religious belief and faith ( Christianity).
Specifically
a) On page 17 under Theme Islamic studies and Sub theme Sarah and Tahdib
*Primary 1 to 3 pupils in their formative years are taught the Supremacy of Prophet Mohammed and the Quran over all others.
*That Mohammed was the seal of all the Prophets, sent to the whole world and Quran the final guidance of Allah to mankind.
*b) In page 46 of the same book produced with tax payers money who include Muslims and non Muslims
-That Prophet Isa known to Christians as Jesus Christ is not the son of God
-That Jesus was not crucified.
What a blasphemy.!
“The implications, the Christian group noted, “are the creation of a sense of supremacy of Islam over other faiths and completely denigrating Christianity.
“If this has been restricted to Muslims alone, that could have been excused, but putting it in a curriculum for all is provocative and insulting.
The Fellowship took the matter up with the current executive director of NERDC and his team in Abuja.
In his response, Prof. Junaid stated that the two subjects are to be taught separately. A Muslim will take Islamic study and a Christian pupil CRK.
NCGF admitted that though was true theoretically, it was not so in actual practice.
NCGF gave examples of several states in the North where the state governments refused to employ CRK teachers including Niger state where CAN (Christian Association of Nigeria) even offered to send volunteer CRK teachers and the government still refused.
“As the subject is compulsory for the students, the Christian students in those states are forced to listen to such negative teachings at such a tender, highly impressible age,” NCGF disclosed.
Junaid advised parents of such Christian students to take the government to court.
“We replied that it was ridiculous as it is the duty of the state to ensure fundamental rights of the citizens which include freedom of association and religion.
“We also informed him of the slow process of the Nigerian judicial matters.:
The NCGF therefore recommended that the offending statements should be expunged from the curriculum.
In addition, if state governments can not provide adequate teachers for the two subjects, then the two subjects should not be compulsory at all.
Festured Photo above: NERDC’s Professor Ismail Junaid.