Following the suspension of the Executive Secretary of the National Health Insurance Scheme (NHIS), Professor Usman Yusuf, a plethora of confidential documents, anger, and ethnically based arguments are swimming in the public domain.
The media is not spared.
A source associated with the presidency lashed out at the media (Everyday.NG inclusive) for buying into the media hype to make the suspended Executive Secretary of the National Health Insurance Scheme look like he is being persecuted “because of his pre-emptive drama” at the National Assembly.
“Remember Sanusi? The same script of the thief catching the owner of the farm before he is caught is playing out,” another said.
One lashed out at Everyday..NG for posting a video on the suspended NHIS boss:”(We) trust you won’t buy into this nonsense.
“… the arrow-head of the media campaign for the embattled NHIS CEO, is a kinsman of the NHIS guy. Both of them are from Katsina.
“(He) was an Executive Director in the National Orientation Agency, NOA….He got a N150m contract from NHIS under the leadership of this suspended Executive Secretary, to train NHIS staff on report writing!
“Can you beat that?
“So (he) is at the bottom of the attempted media spin in favour of his ‘country man’ because a thorough inquest into the alleged N800m malfeasance in the agency, is sure to make him a guest in ‘Idiagbon House.’
“And if you know Prof Isaac Adewole, former Vice Chancellor of Nigeria’s premier university, the University of Ibadan very well, you will appreciate that he has the methodical thoroughness of a thorough-bred scholar-administrator.
“The Nigerian public service is being undermined by the uncouth arrogance of (an) establishment, particularly with the vacuum created by PMB’s eternal absence, and the harmonised frustration of the Acting President by the shadowy cabal.”
The anger with the media is coming in the face of otherwise confidential documents being put in the public domain by supporters of the minister.
Below are some of the documents: 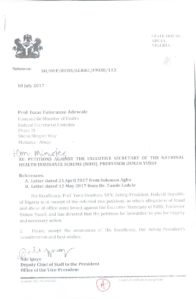 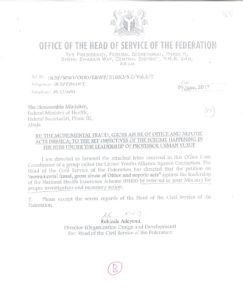 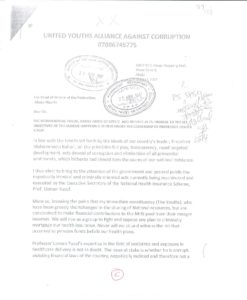 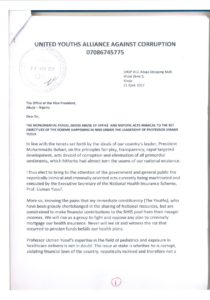 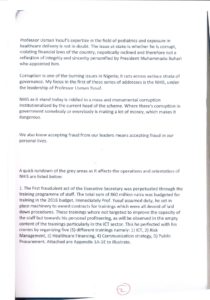 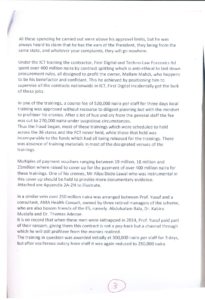 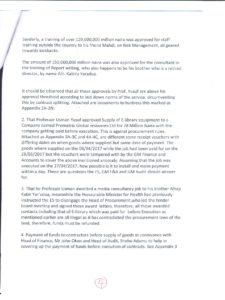 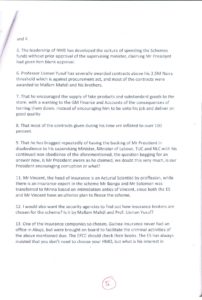 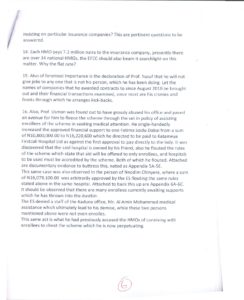 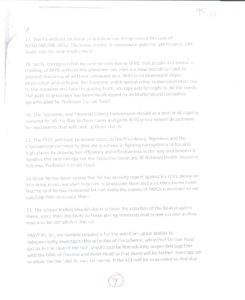 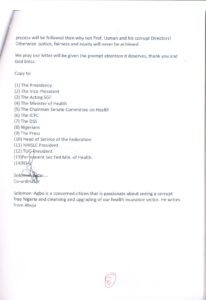 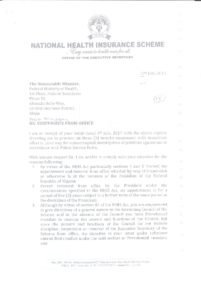 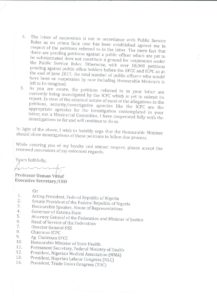