Dave Iyanya’s Refresh is on the way 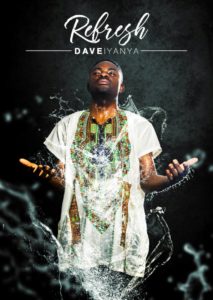 Dave believes that there will be world wide revival where the power of God will engulf the earth before the second coming of Jesus.
For him, it is not a religious cliché but a definite prelude to rapture.
“To say that time is now is not an assumption but a reality in our eyes. It’s on this premise that this album is given. It’s a yearning for lost souls to come back home and  the power of God and His glory to be revealed before our Lord appears in Glory,” he adds.
He states further: “This is the heart cry, to come into our duty post in this end time. These songs were not written, they were given… It’s a huge responsibility to be instrumental in this project and I’m glad to have given my best through the grace of God.”
So, exactly who is Dave Iyanya, and how did he arrive this “Refresh” bus stop?
According to him, he started his music career at a very tender age, under the guide of his late mentor and elder brother, Evangelist Job Iyanya, playing drums, the keyboard and lead guitar.
He took over as leader of the Exodus gospel music band, after the demise of his later mentor and later discovered his calling into music ministry. Ever since,  he adds, he hasn’t taken his foot off the pedal as his ministry keeps reconnecting people back to Jesus Christ, his Lord and Saviour, he follows passionately.

Mind what your money does, or…where it goes