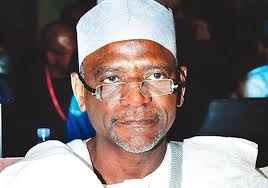 What the Minister of Education said on Wednesday.
Source: www.premiumtimesng.com
The Minister of Education, Adamu Adamu, has blamed the Nigerian media for the controversy surrounding the rumoured replacement of Christian Religious Studies, CRK, with Islamic Religious Knowledge, IRK, in secondary school curriculum.
Reports, mostly in the social media, alleged that the federal government had through the Nigeria Educational Research Development Council, NERDC, made the new changes forcing Christian students to study IRK.
Mr. Adamu said on the contrary, the government simply made the choice of IRK mandatory for Muslim students and CRK mandatory for Christian students.
The minister made the clarification on Wednesday while addressing State House correspondents after the meeting of the Federal Executive Council, chaired by Acting President Yemi Osinbajo.
“You journalists especially those of you on social media are not helping this nation by bandying things that are absolutely false,” Mr. Adamu said.
“The issue of Christian Religious Knowledge that all the national media, social media took up and deceived even the leadership of the Christian Association of Nigeria because they believed it.
“I read in the papers that they asked the acting president to confirm, there is no truth in it at all. It was just somebody’s imagination probably somebody who wishes to raise tension in the country after the Biafra issue and then the quit order given by some young people in the north so the person just followed suit trying to stoic the embers of religion. There is no truth whatsoever I repeat,” Mr. Adamu said.
The Education Minister said the policy in question was put in place in 2012 and was given effect in 2014 before the coming into office of the Muhammadu Buhari administration, thus confirming a PREMIUM TIMES report.
“One of the things I did as minister was to speak to the national council on education to disarticulate history from the social studies curricula because we believe we want our young people to know our history.
“You cannot know who you are without knowing who your ancestors were in the past. And the national council of education did accept and agree that the teaching and learning of CRK has been made compulsory for all Christians students and teaching and learning of Islamic studies is compulsory for all Muslim students.
“So, you are actually accusing the ministry of the opposite of what it has do